Klychko to sue "1+1" once more. He refuses to speak to its journalists 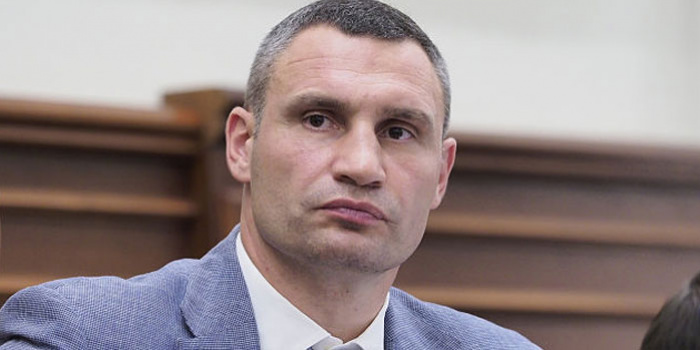 Kyiv Mayor Vitaliy Klitschko will sue “1+1” TV channel. From now, he refusea to talk to journalists of the TV channel. Klychko told it ti the press on October 7, as Ukrinform reported.

According to him, the judges of Podilsky district court in Kyiv ignored his lawsuit. “Podilskyi District Court of Kyiv shelved my and my brother's claim against the channel "1+1" to protect honor and dignity ... I can say that there will be other lawsuits, I am going to defend my honor and dignity before the bar, and the channel "1+1" is set manipulating. The only reason is the fact that in the past the executive of this channel was to become the mayor of the city. Please, we can compete, but not with lies and manipulation, ” Klitschko said.

At the same time, he stated that he would no longer answer questions from journalists of “1+1”.

“I won’t answer to the channel "1+ 1". I refuse to speak to the channel, which is engaged in constant manipulation and misrepresentation, ”Klitschko added.

IMI reported today, on October 3, the Podilskyi District Court of Kyiv granted the request of Studio 1 + 1 LLC and dismissed the civil claim of Volodymyr and Vitaliy Klitschko against the channel "1 + 1".

In the summer, Kyiv Mayor Vitaliy Klitschko filed a lawsuit to defend honor and dignity against the CEO of 1 + 1 TV, Oleksxander Tkachenko. The reason for the lawsuit, according to Klitschko, was "manipulations in the programs targetting the mayor."