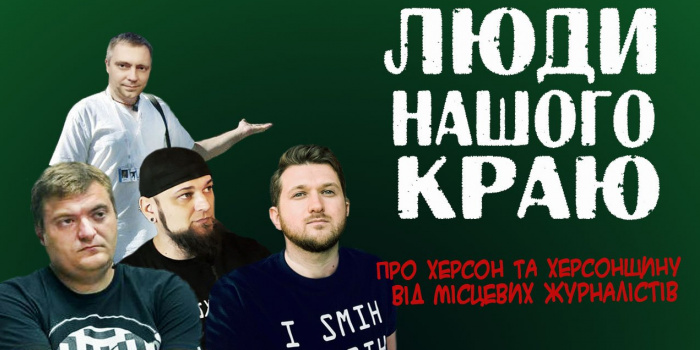 This was reported to IMI by one of the project's participants, IMI representative in Kherson region Serhiy Nikitenko.

The first live broadcast aired on June 3. The project was created by the participants themselves.

"We decided that in a situation where the occupiers have started blocking access to Ukrainian media for Kherson residents, we need to unite and continue to inform our audience about what is happening in Kherson region," said Serhiy Nikitenko.

The project is airing in the format of hour-long programs during which the journalists summarize the week's events and discuss everything that worried the people of Kherson region.

"In the context of declining attention to Ukraine in general and to the russian-occupied territories, it is very important to keep the main events taking place in our cities and villages in focus. We often hear from Kherson residents: do not be silent, tell everybody. Basically, this program in the format of discussions about the main things is intended to draw more attention to Kherson region," said the project's co-author Ivan Antypenko.

According to Serhiy Nikitenko, the title of the project is not accidental, as it was the name of the most famous congratulatory program on the region's television.

"So we decided that this name would be symbolic. I hope that none of those who had been doing that program for decades will be offended," he added.

It will be recalled that Kherson and part of the region are currently under russian occupation. Persecutions and crimes began almost from the first day of the occupation. On March 2, five armed russian occupiers seized the Suspilne.Kherson building. The occupiers shut down the broadcast of Ukrainian TV channels and launched russian channels on T2.