Kherson journalist complained about non-admittance to office of city Mayor 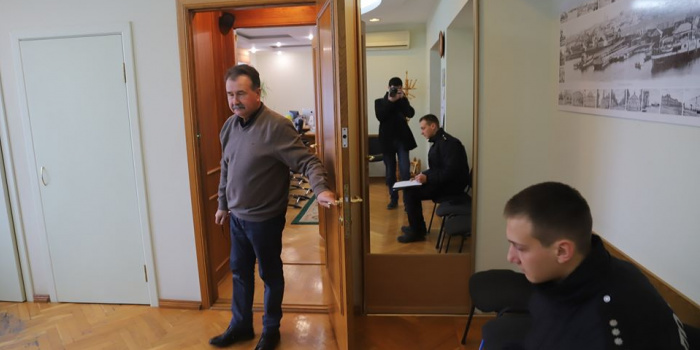 Kherson journalist Konstantin Ryzhenko filed a complaint to the police about denial of access to a meeting of the working group at the Kherson city council, as he wrote on Facebook.

Ryzhenko told, he arrived at the mayor's office at 8am on December 16, but the door to the office was closed and he was not allowed to get in.

“I was told there was an order not to let me in. After that, I called the police and wrote a complaint based on the 171st article, ”Ryzhenko told the IMI representative.

“At 8.10 the mayor should have a meeting of the working group on the activity of the utility company“ Service-Wholesale ”. Only members of the working group and the management of the enterprise were invited to attend the meeting, ” Natalya Goncharov, the head of the public relations department, told the IMI representative.

In a comment to the representative of IMI, the mayor of Kherson Volodymyr Mykolaenko informed that Konstantin Ryzhenko was 10 minutes late, that was why he was not allowed in.

“The journalist was not one of the invited persons, plus he was late. Because of this, he was not allowed into my office, ”Mykolaenko said.