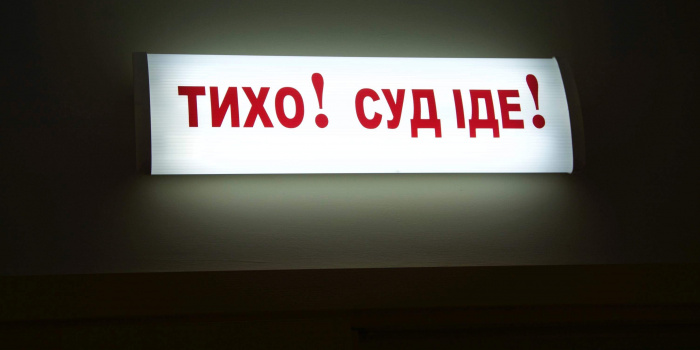 The judiciary is not quite willing to see the social importance of journalistic work and sometimes they perceive the journalists as an obstacle. This contrariety must be resolved through discussion of problems or legislative instruments. The acting Chairman of the High Council of Justice Oleksiy Malovatsky said it on April 28 during an online discussion of the Institute of Mass Information “Freedom of the Press. Ukrainian context”.

He said that in March 2020, the High Council of Justice (HCJ) had passed a provision setting out recommendations for courts on admittance to the court hearings: in virtue of these recommendations, the judges should allow freewill attendees to the court proceedings, since the  remedial law allows it.

Commenting on the issue of restriction of access to the hearings for the press, Oleksiy Malovatsky notes that in according to the law of criminal procedure, if one of the parties objects some attendees to be present at the hearing, video broadcasts to be made, the judge has to hold the hearing closed door. But only in the cases where this is prescribed by the law.

"Journalists are the bridge between the judiciary and the society. They can convey neutral information about procedural decisions and any other events in court. After all, sometimes the judiciary cannot explain certain points. Judges have never been accustomed to explaining the decisions they make. I must admit that there are some decisions that are impossible to understand. Journalists and the demand for information are in the 21st and even 22nd centuries, and the judiciary is not quite willing to understand the social importance of journalistic work and sometimes, they perceive them as an obstacle. This contrariety should be resolved by discussing problems or legislative instruments, ” as Malovatsky explained.

He said that the High Council of Justice had launched an initiative to establish communication with the press.

“We at the High Council of Justice have introduced an initiative, we will also invite journalists. We are trying to make a policy so that journalists can explain their point of view to judges and judges can hear an alternative point of view other than this one of the judicial community. In order to build some adequate rapport. Because, I insist that there is no generalized recipe for communication with the press. Unfortunately, it needs to be produced, ” he said.

As reported by IMI, on April 28, the head of the media project Watchers Olga Khudetska said that under the lockdown, journalists faced unjustified restrictions of access to court hearings.

On April 1, IMI filed a complaint with the High Council of Justice, the High Qualifications Commission of Judges, the Council of Judges of Ukraine, and the Supreme Court over the illegitimate restrictions of journalists' rights in the courts.

IMI has recorded several incidents when the journalists had not been allowed to attend public hearings without proper legal grounds. This is especially true of high-profile cases, which are the subject of increased public interest. The Institute of Mass Information called on the higher authorities of judicial self-government and judicial supervision to ensure that the practice of illegal selective non-admission of journalists to open court hearings to be ceased; to bring judges who had restricted illegally the rights of journalists, violated the requirements of publicity of the trial, to disciplinary or other legal liability, as it is prescribed by the law.

On April 20, the Council of Judges of Ukraine said that the temporary restriction of access to court hearings for persons who were not participants in court proceedings was justified primarily by the need to ensure the safety and health of citizens during the COVID-19 pandemic.