Judge froze accounts of journalists with BIHUS.info, before appeal in case of Semochko 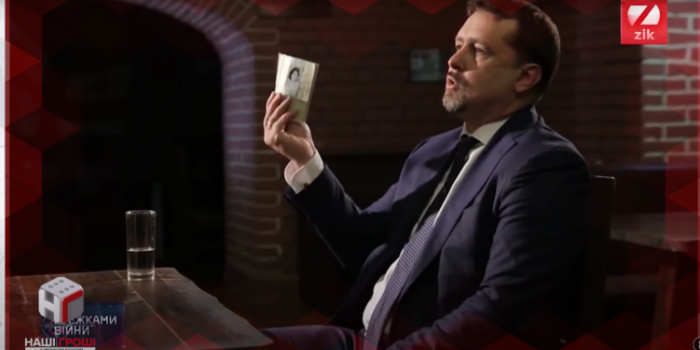 The bank accounts of the Channel 24 and the journalists Denis Bigus and Lesya Ivanova have been frozen, on decision of the judge of the Holosiivskyi District Court in Kyiv. The judge Yuriy Mazur who ruled for the former First Deputy Head of the Foreign Intelligence Service Serhiy Semochko, issued an order to proceed with enforcement of court decision, before the Court of Appeal to consider the case, as Bihus.info reported.

According to the edition, the decision had been issued on September 10, but the integral text was not made public for a long time. The author of the story, Lesya Ivanova, received the full court decision only on October 16, after which an appeal was filed within the time allowed by law (30 days).

"However, it turned out that at that time the judge Mazur had already issued a writ of execution to enforce the court's decision: to refute the information and to pay to Semochka court fees. That is, the judge decided not to wait not only an appeal to be considered, but till the defendant to get learnt the court decision and by doing this, the judge has brazenly violated the defendants’ rights.  Based on the court letter, the private executor, without waiting for an appeal, also seized the bank accounts of the channel, of the host of the program Denis Bigus and the journalist Lesya Ivanova," as Bihus.info reported.

In addition, the judge ordered the journalists to refute:

3.Some artistic techniques, metaphors, allegories (for example, "He is our demon in two incarnations" or "There are more passports with a chicken on, than with a trident").

According to Bihus.info, the case was considered for about a year: witnesses were interrogated, state registers were inspected, in particular, journalists demonstrated in court how to check the presence of passports of Semochko's relatives in the official register of the Russian Federation.

However, in the summer of 2020, the judge Mykola Shkiray, who heard the case, resigned and was handed over to another judge, Yuri Mazur. Instead of hearing the case at first, at one meeting on September 10, he decided to satisfy Semochko's demands: he found them unreliable and obliged to refute a number of quotations from the story and a separate broadcast after it.

"This is curious, the court did not refute all the evidence concerning the citizenship and property of the stepson, stepdaughter and son-in-law of Semochko, but simply did not accept it as evidence. Because Semochko said that he considered people as relatives only in the legal sense of Domestic Relations Code, so he recognized as his relatives only his wife and his son, not the other persons. That is, the reports about their citizenship and property was not refuted, but the court denied all the information about them only because Semochko did not consider them as his relatives, and at the same time the court decided to refute the information about his wife, although Semochko recognized her as the member of his family, and the data on her property and passport are confirmed by the Ukrainian and Russian registers, respectively, "the edition said.

As IMI reported, on November 13, the Holosiivskyi District Court of Kyiv has ordered a number of mass media outlets to refute the information they had disseminated about the former first deputy head of the Foreign Intelligence Service, Serhiy Semochko, as untrue and causing moral prejudice.

The court ordered the journalists to disclaim the information that Semochko owned millions of dollars in real estate and a business in the occupied Crimea, his relatives are Russian citizens, and he was "responsible for hundreds of deaths."

The court also found unreliable the report saying that Semochko was "responsible for the loss of dialysis drugs in Ukraine, which killed about 200 Ukrainians," and that the SBU was "extorting money from the pharmaceutical business for years," and that this wouold be done by counterintelligence headed by Semochko.

Among mass media which are under obligation to refute this information are: the TV and radio company "Lux", the site uaportal.com, Bihus.info.