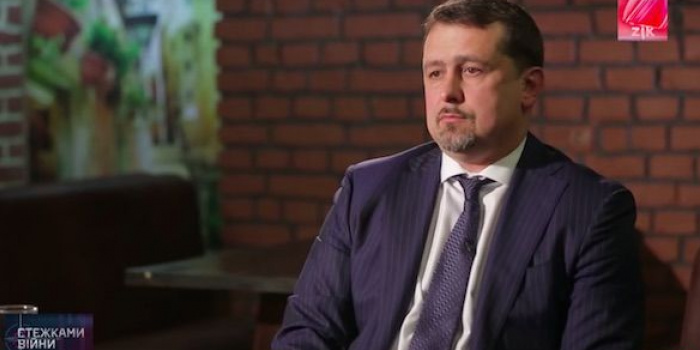 The Holosiivskyi District Court of Kyiv has ordered a number of mass media outlets to refute the information they had disseminated about the former first deputy head of the Foreign Intelligence Service, Serhiy Semochko, as untrue and causing moral prejudice, as Liga.net reported.

The court ordered the journalists to disclaim the information that Semochko owned millions of dollars in real estate and a business in the occupied Crimea, his relatives are Russian citizens, and he was "responsible for hundreds of deaths."

The court also found unreliable the report saying that Semochko was "responsible for the loss of dialysis drugs in Ukraine, which killed about 200 Ukrainians," and that the SBU was "extorting money from the pharmaceutical business for years," and that this wouold be done by counterintelligence headed by Semochko.

Among mass media which are under obligation to refute this information are: the TV and radio company "Lux", the site uaportal.com, Bihus.info.

In his statement of claim, Semochko, in addition to refuting and reimbursing court costs, demanded compensation for non-pecuniary damage in the amount of UAH 500,000 (around $17 000).

The Bihus.info project has not yet commented on the court decision.

As RBC-Ukraine reported, as of November 12, the decision did not take effect, as journalists filed an appeal. The Court of Appeal received the complaint on November 10.

It will be recalled that on November 9, 2018, First Deputy Head of the Foreign Intelligence Service Serhiy Semochko filed a libel claim, requiring to refute information about his family's property and Russian passports.

Sergey Semochko filed a lawsuit against the author of the investigation "Intelligence on the kidney" Lesya Ivanova, the (released on October 2, 2018), Denis Bigus, host of the "Our Money" program, and PJSC "TRK Lux" - Channel 24, which broadcasted the program.

The investigation of the program "Our Money with Denis Bigus" (Bihus.Info) said that Semochko, at the head of the SBU's economic counterintelligence, interfered in the purchase of dialysis drugs, which led to the suspension of purchases and a shortage of drugs. Journalists also identified some members of his family and found that over the past three years, they had bought three estates in Kozyn worth about $ 8 million, which does not correlate with the family's official income. In addition, journalists reported that his family has Russian passports and often visits the occupied Crimea.

On October 3, 2018, the National Anti-Corruption Bureau of Ukraine opened proceedings against the First Deputy Head of the Foreign Intelligence Service Serhiy Semochko. The proceedings were registered under Article 368-2 of the Criminal Code of Ukraine (“Illegal Enrichment”) based on the pieces of the journalistic investigation of the “Our Money” program.

On October 16, 2018, the SBU said that it was checking the information published in the media about Serhiy Semochko, a former SBU officer, as part of the criminal proceedings initiated under the statement of journalist Denys Bigus under part 1 of Article 111 (“Treason”) of the Criminal Code of Ukraine.