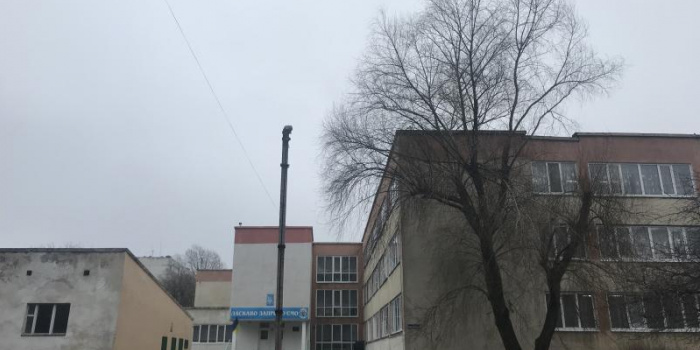 On January 29, in Kremenchug (Poltava region), the administration of the school #12 and a security guard did not allow journalists form several editioins to get in to check the quality of food, as the “Kremenchugska Gazeta” reported.

In particular, the journalists with “Kremenchugska Gazeta”, “Visit” TV and Radio Company, “Programa Plus”, and “Hromadske TV. Kremenchug” and an elected member of the Kremenchug city council, Tetyana Siderka, came with an inspection.

But they could not get to the canteen. “When the deputy said they had to see the canteen, conflict arose between two sides. The headmaster claimed that, according to the recommendations of a school lawyer, he could not allow journalists to take pictures inside the school. The journalists replied that, in compliance with the law, they could not photograph and film children without permission, but they could shoot and take pictures of the meal itself, the school and so on,” Kremenchugska Gazeta said. For her part, the lawyer Olena Korchevska argued that photo and video pictures could be taken only with the permission of the head of the school. The journalists called the police.

After a while, the school principal agreed that journalists could go to the canteen, and at the end of the shift, the cameramen could get in too. But the security guard barred them the way. Then the editor-in-chief of the “Kremenchugska Gazeta” Oleg Bulashev called the police to record the fact of obstruction to journalistic activity.

Finally, the reporters went to the refectory, but at that time, there were no more kids, class started.

“The headmaster of the school, Vyacheslav Noskin, intervened in the dispute with the security guard, and the guard let us in. But the children had already finished to eat, so when we went in the canteen, we saw only empty tables, ” Oleg Bulashev said commenting the incident to IMI.

After getting acquainted with the process of eating at the school, the journalists spoke to the police and the editor-in-chief of “Kremenchugska Gazeta” Oleg Bulashev filed complaint on fact of obstruction to the journalist's activity.

As IMI reported, on September 20, 2019 in Kremenchug (Poltava region), the director of the Lyceum # 17 did not allow  journalists from local newspaper to get in the school canteen, where media representatives came to check the quality of food.  the journalists came to the institution together with the elected official of the Kremenchug city council Tetyana Siderko with the purpose to verify complaints about cold food.

According to the newspaper, when the lyceum principal Valentina Marchenko and her deputies saw the journalists, they banned them to take pictures and tried to drive them out of the school.

“Even in any private lyceum, private school, in such institutions, this is forbidden by the Ukrainian law to conceal the information about the quality of alimentary products, about food condition for children. Moreover, one cannot restrict access to the information about public utilities service” the lawyer said.

He mentioned the part 4th of the Article 21 of the Law “On Information”, which says that access to any information on food quality could not be estricted.

Ali Safarov also added that an illegitimate denial of access to information to the journalist was a criminal offense (Article 171 of the Criminal Code of Ukraine). If such acts are committed by an official using his or her official position, they shall be punished by a fine of from 3400 UAH to 8500 UAH or restriction of liberty for a term up to five years, deprived of the right to occupy certain positions or fulfil certain activities for a term up to three years.