In Kremenchug, journalists not allowed to check food quality at lyceum 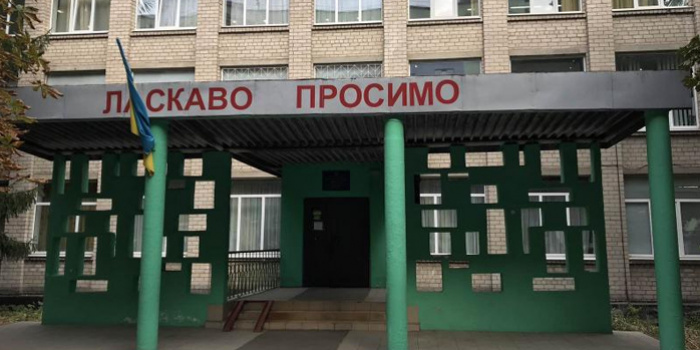 In Kremenchug (Poltava region), on September 20, the director of the Lyceum # 17 did not allow  journalists from local newspaper to get in the school canteen, where media representatives came to check the quality of food, the website of Kremenchuk newspaper reported.

As to the newspaper, the journalists came to the institution together with the elected official of the Kremenchug city council Tetyana Siderko with the purpose to verify complaints about cold food.

According to the newspaper, when the lyceum principal Valentina Marchenko and her deputies saw the journalists, they banned them to take pictures and tried to drive them out of the school.

The journalists assured that they wanted to see not the block where they cooked, but the canteen where children ate. However, the director replied that without sanitary books she would not let them in, and shut the door. The journalists called police.

The IMI correspondent in Poltava region told that during the inspection there were also present journalists for the TV channel "Visit" and the newspaper "Program Plus".

“Even I case of private lyceum, private school, to conceal information about the quality of alimentary products, about food condition for children in such institutions is forbidden by еру Ukrainian law. Moreover, one cannot restrict access to the information about public utilities activities ” the lawyer said.

He recalled that according to part 4 of Article 21 of the Law of Ukraine “On Information”, information relative to the food quality cannot be of restricted access.

Ali Safarov also added that an illegitimate denial of access to information to the journalist is a criminal offense (Article 171 of the Criminal Code of Ukraine). If such acts are committed by an official using his or her official position, they shall be punished by a fine of from 3400 UAH to 8500 UAH or restriction of liberty for a term up to five years, deprived of the right to occupy certain positions or fulfil certain activities for a term up to three years.

The journalists and other media professionals can contact the IMI hotline at (050) 447-70-63 - and IMI lawyers will provide them information on.