Journalists allowed to sidelines of parliament upon special cards 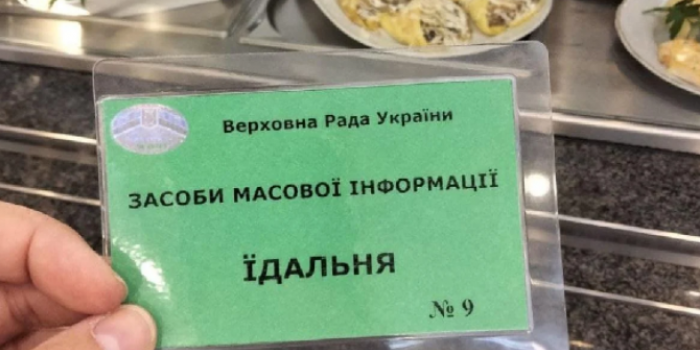 Starting from today, special cards have been introduced for journalists to enter the corridors of the first floor of the Verkhovna Rada and the entrance to the parliamentary canteen, as UNIAN reported.

Cards for the lobby are red (a total of 40 cards), these ones for the canteen are green (12 cards).

According to the news agency, some media representatives are standing on the stairs in a live queue to get on the sidelines.

Only 12 media representatives can now be in the canteen at a time. Previously, they were limited to eight people. If earlier journalists could enter through both entrances to the restaurant, now they can enter only through one.

The card is delivered when a media representative enters the canteen, and when he leaves, he must return it.

Previously, members of parliament simply wrote down the names of journalists who came in, and when they left, they crossed them out.

Sometimes, as to UNIAN, there was confusion if the journalist did not go out through the entrance through which he entered - accordingly, he was not crossed out, and so other journalists could not get to the canteen for a long time and take a meal.

At the same time, there are no restrictions for MPs.

On October 5, an order amending the procedure for admitting press to the Parliament building has been signed by Dmytro Razumkov. According to the changes, the mass media professionals are allowed to get in the administrative building of the Verkhovna Rada upon presenting one’s permanent accreditation card and additional passes valid for one attendance, as follows: