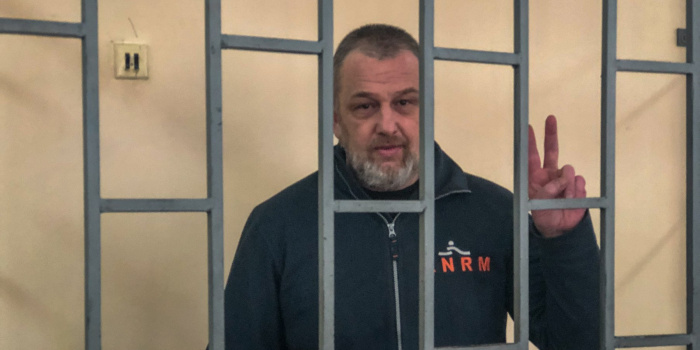 In the russian-occupied Crimea, the "case" of Krym.Realii freelancer journalist Vladyslav Yesypenko's has been given back to the "court" of first instance because his defenders did not receive the hearings' minutes on time, Graty reports.

"The case of Radio Liberty freelancer in Crimea Vladyslav Yesypenko has been given back to the court of first instance on appeal because the defense has not been acquainted with the minutes of the court hearings; the defenders requested this in the appendices to the appeals," the newspaper writes.

According to the publication, the "case" will not be reviewed again, the court will only check why the lawyers did not receive the minutes of the court hearings on time, and provide them. Yesypenko received the minutes in the pre-trial detention center, but found that many of them were different from what happened in the courtroom.

"50 percent of it does not correspond to reality," said lawyer Taras Omelchenko, explaining his wish to read the minutes, citing his client's words.

The lawyer asked the court to provide the minutes, but he was invited to come and get acquainted with the materials himself. Lawyer Dmytro Dinze has also asked the court to send the minutes to him in moscow: due to the cancellation of the flight, he could not come to the Crimea. But the court denied his request.

The prosecutor agreed that this was a violation of the right to defense, and the "case" was given back to the Simferopol "District Court."

The contestation of the verdict was supposed to take place today in the "Supreme Court" of Crimea, but the hearings would not start until the issues with the minutes were resolved.