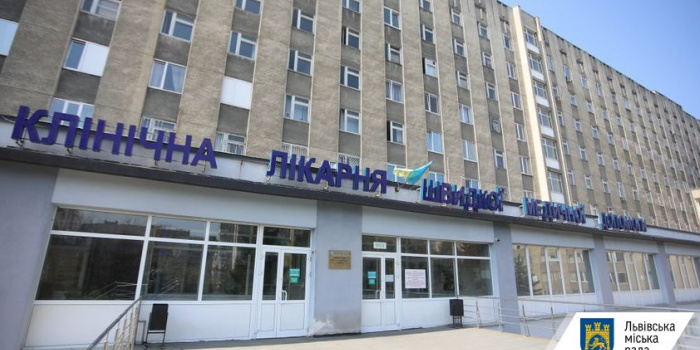 On April 27, a journalist from the Stop Corruption news agency, who came to check whether the emergency care hospital was ready to work amid the pandemic, was hospitalized, as this was reported on the site of the Lviv Municipal Council.

The report said, two people came to the hospital, who called themselves Stop Corruption journalists and staged a provocation.

"At first, they inquired about readiness of the hospital for work amid pandemic, but then one of them, breaking the quarantine rules, rushed to the reception room to see, as he said, how they would help him if he felt bad," message read.

The officials of the hospital said, "since the journalists spoke in a raised tone, and they were aggressive, nervous, so we asked them to leave the administrative room and continue the conversation outside." When one of the journalists tried to get into the emergency room, the municipal security tried not to let him in, but he could get in. At the same time, reporters called police, saying they were being hindered in their journalistic activities.

As the representative of IMI in Lviv region found out, the incident happened with Stop Corruption correspondent Viktor Palas. The journalist posted a video on his YouTube channel in which he and his colleague, Andriy Turka,came to  the emergency hospital, tried to get to the chief doctor's office, spoke to the municipal guard. As to the video, the representative of the municipal security did not let the journalists to the chief doctor, under pretexte the maximum number of people was already in the office. Later, the journalists managed to communicate with the Deputy Chief Medical Officer and other representatives of the administration.

"Doctors could not refuse him, because he said he had complaints of heartbeats," - said the LMR. The journalist had high temperature (37.4 degrees), they made him pass an express coronavirus test, which was negative. During the conversation, it was revealed that the correspondent had been in an infectious hospital and a children's hospital in Ivano-Frankivsk, where cases of coronavirus were detected. So, the journalist was placed in a hospital isolation ward.

In the evening on April 27 Victor Palace on his page in Facebook said being in prison hospital emergency room with "temperature of 37.4, shortness of breath, coughs. They test me for Coronavirus Covid-19". In a video on YouTube, the journalist showed the ward he is in.

An IMI representative is trying to contact Victor Palace.

IMI lawyer Ali Safarov noted that journalists are entitled to collect information, but they are obliged to observe general rules of conduct and admission, including quarantine measures, when visiting a hospital.

"It is worth noting that in compliance with the Article 34 of the Constitution of Ukraine, Article 25 of the Law of Ukraine" On Information ", the journalists have the right to collect information, in particular to employ technical tools of recording and broadcasting for their activity. But the hospital is not a government body, so in this case, the right provided by part two of Article 25 of the Law of Ukraine "On Information" does not apply to journalists: "The journalist has the right to visit freely the premises of the subjects of power, the public meeting held by them, and to be personally admitted within a reasonable period of time by officials and functionaries, except in cases specified by law "- the lawyer said.

According to Safarov, violations of the rules and restrictions established in the context of lockdown while visiting hospitals can entail responsibility for the perpetrators, regardless of their status of journalist.