Journalist attacker receives a position from the occupiers in Kherson region 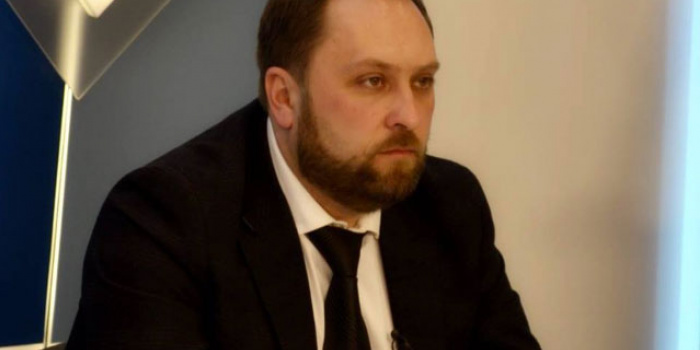 This was reported by Most media outlet, which published the lists of those who began working for the occupation authorities in Kherson region.

Cherednychenko, who has been sentenced to three years in prison for beating Poltava ex-deputy mayor Andrii Lyamin, is wanted and has been hiding from the authorities for the past few years.

As "Most" writes, in October 2013 he became one of the initiators of "Vidrodzhennya Poltavy" civic association. In the short period of their work, the members of this organization have managed to distinguish themselves in a scandalous situation related to the distribution of the separatist newspaper "Novorossiya."

Since August 2015, he has been the host of his own program "Chas Che" on the "City Studio" TV channel.

In 2018, Serhii Cherednychenko became the head of the Poltava city organization of the Socialist Party of Ukraine, and in 2019, when Ilya Kyva became a people's deputy, Cherednychenko headed the SPU, which is currently legally banned.

In addition, Cherednychenko has systematically violated the rights of journalists. He threatened journalists with violence, threatened to rape another journalist and damaged her microphone. In 2018 in Poltava, his men beat journalist Yaroslav Zhuravl in the office of the SPU's regional branch, headed by Cherednychenko. Cherednychenko is also known for organizing an action to defame the Poltava TV channel which covered the court process about the attack on Zhuravl.