“It’s necessirily to separate professional journalists from the impostors, but this should be done by the media community” – Andriy Kulikov 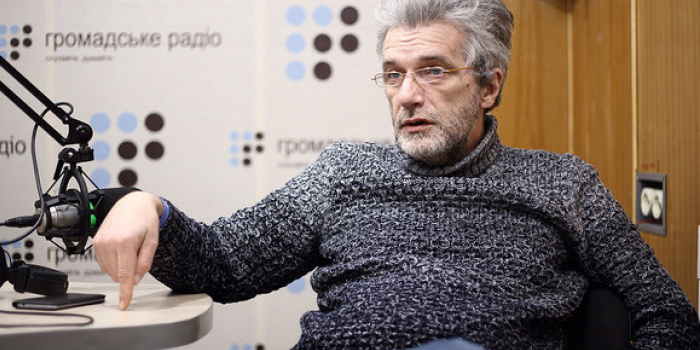 Andriy Kulikov, Head of the Journalistic' Ethics Commission and Сhairman of the board of Hromadske Radio, told that it was up to media community to determine who are professional journalists and who are not. Andriy Kulikov said it interviewed by Hromadske Radio.

“The bill (misinformation bill - Ed. ) proposes to form an association of professional journalists of Ukraine. I believe it is necessarily to separate, to set them apart and to allow the public to separate professional journalists from imposters, but this should be done by the journalistic community through some self-regulation tools and not by a body formed from on-high. In the UK, they have a term they got accustomed to and that, fortunately, we do not have, which is “quasi-independent noncommercial association”. These are mostly would-be non-government organizations created by a government order. This is the trend that does not contribute to evolvement of democracy, ” he said.

At the same time, he recalled the fake journalists who emerge at the time of the election.

“However, on the other hand, we have hundreds of journalists who receive press cards for election time, for a couple of days. And often they are far from even being observers at polling stations, but come there to intimidate someone, not to let someone in, and often not to let in real journalists and journalist females.

That is why, I guess, it is indispensable that those who since a long time and with passion have been worked in the domain of mass media could unite themselves, join drafting of a legislative act like what they have in the Netherlands. They have an institute or guild of jurors-interpreters. Not just an interpreter, but a person who swears that he or she will translate according to certain principles, ”Andriy Kulikov said.

As IMI reported, on January 27, representatives of the media community and public organizations recommended that the Ministry of Culture, Youth and Sports refrain from submitting the bill on misinformation for consideration in the parliament.