In Mariupol, collaborator journalists will work on the launch of a new TV channel 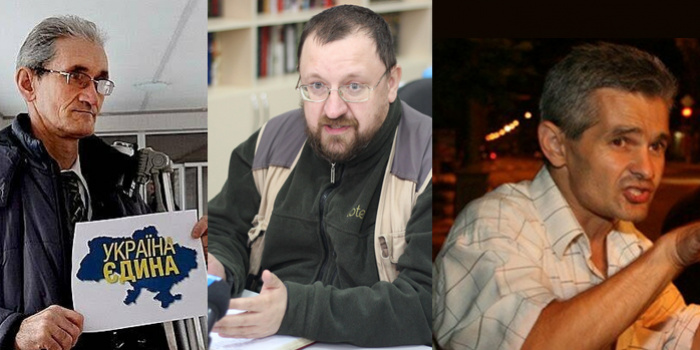 In Mariupol, collaborator journalists will work on the launch of the occupiers' TV channel "Novy Mariupol," the website 0629.com.ua writes.

According to the publication, former journalist Andriy Kior, who had gone to cooperate with the enemy, is meeting with those journalists and the creative people who are still in Mariupol and could help him launch the channel. He assures that russia has come to Mariupol forever, and persuades them to cooperate.

Among those who agreed were TV-7 cameraman and director Artem Drobot and editing director Ilya Overchuk. Meanwhile, Sigma-TV cameraman Viktor Zubenko has been working for the occupiers since the beginning.

A landing party of TV workers from Donetsk have also arrived in Mariupol. It is now known that former cameramen of the Football TV channel are working in the city.

In addition, Mykola Lisohor, who calls himself a journalist, also cooperates with the occupiers. According to the publication, in 2014, during the occupation of Mariupol, Lisohor cooperated with the "DPR" and called himself the "Minister of Housing and Utilities." After the liberation of Mariupol, Lisohor cooperated with the Security Service of Ukraine, and now cooperates with other special services.

The collaborators were joined by journalist Iryna Prytykina, who before the full-scale invasion had worked at "Priazovsky Rabochiy" and "Azovsky Mashynobudivnyk" newspapers for many years, and had been a freelancer journalist on 0629 website. In recent years, she worked at the Mariupol City Council's press office. Now she works at the press office of the occupation administration.

Oleksiy Lymansky, who, according to journalist Andriy Vasylenko, "had tried to become a correspondent of some Mariupol media for the last 20 years, but did not stay anywhere for a long time due to professional incompetence," also cooperates with Kior.

Oleksandr Buzuluk, editor of the MTV channel's Mariupol News Service, also joined the team of collaborators. The publication also knows that the "Priazovsky Rabochiy" newspaper in Mariupol is being printed by "Donetsk Vecherniy" editor Oleksandr Dmitrievsky. "This is a very radically anti-Ukrainian man who parrots all the main russian tropes. Now he is doing that in Mariupol as well," the publication writes.

As Olena Kalaitan, editor-in-chief of "Priazovsky Rabochiy", told 0629, all of the newspaper's employees have left the city. But the computers remained in the editorial office. So Dmitrievsky could have found everything necessary to forge the newspaper.

As IMI reported, in Mariupol, local journalist Andriy Kior has been appointed head of the occupation administration's "press center."

In May, the occupiers began to spread their propaganda using the name and logo of "Priazovsky Rabochiy" newspaper.