In Belarus, journalist Aleksandrov was registered as "prone to extremism" 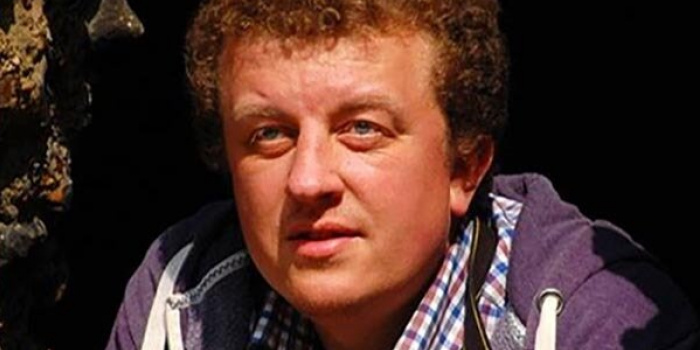 The journalist Andrey Aleksandrov and his girlfriend Iryna Zlobina, who are in custody, have been registered as prone to extremism. This was reported by Naviny.by.

According to BelaPAN, last week, they were summoned to a "commission" and informed them about being subjected to a "preventative follow-up, as persons prone to extremist and destruptive behavious."

They will now be interviewed regularly by authorized staff.

Earlier, another journalist of Belsat TV channel Kateryna Andreeva, who has been convicted and is currently being held in the Zhodino pre-trial detention center (Minsk region), was put under follow-up regime.

As  IMI reported , on January 13 in Minsk (Belarus Andriy Aleksandrov, who had been reported missing previously, was found denained in Minsk.

Afterwards, Andriy Aleksandrov, was detained for two months under suspiction of financing the protest rallies. As the Deputy Minister of Internal Affairs of Belarus Hennady Kazakevich said, "Andriy Aleksandrov, 42, and his girlfriend Iryna Zlobina. 31. have been engaged in financing people who took part in mass riots and other protests in Minsk since August 2020, in particular by paying penalities and reimbursing detention in center for isolation of offenders and  in temporary detention center and so on".

"While questioned, Aleksandrov explained that he received an offer to fulfill such activities from the ByHelp Solidarity Fund, which provides assistance to citizens who suffered in protests. Soon his girlfriend joined this activity," said a spokesman for the Interior Ministry.

According to him, only from August 22 to November 9, 2020, Aleksandrov and Zlobina paid more than 250 fines for several people.

On January 15, US Embassy in Belarus, and EuropeanFederation of Journalists stood for defense of Aleksandov and the independent mass media being persecuted in Belarus.