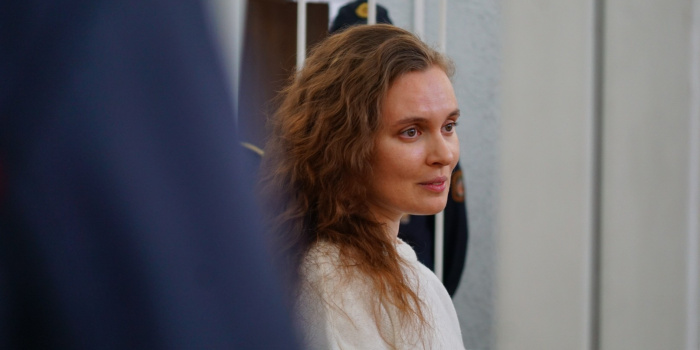 On July 13, the Gomel Regional Court in Belarus sentenced Katsiaryna Andreyeva of "Belsat" TV channel to eight years in prison on charge of treason. This was reported by "Belsat."

The trial was held behind closed doors, the case is confidential. Katsiaryna's defender is under a non-disclosure agreement and cannot report any circumstances, even to the relatives. Even the prisoner's husband Igar Ilyash does not know what the "treason" is – but he is convinced that his wife is innocent.

Belsat journalists Katsiaryna Andreyeva and Darya Chultsova were detained on November 15, 2020 in Minsk in a 14th floor apartment of a building on the "Square of Change." From this apartment, journalists were doing a live stream about the confrontation between law enforcement officers and defenders of the people's memorial to deceased Minsk resident Raman Bandarenka.

On November 20, 2020, Andreyeva was charged under Part 1 of Art. 342 of the Criminal Code ("Organization and preparation of actions that grossly violate public order").

The convicted Belsat journalists won the "Prize For the Freedom and Future of the Media."