Adviser to head of OP believes Butusov could be killed, so he needs state protection 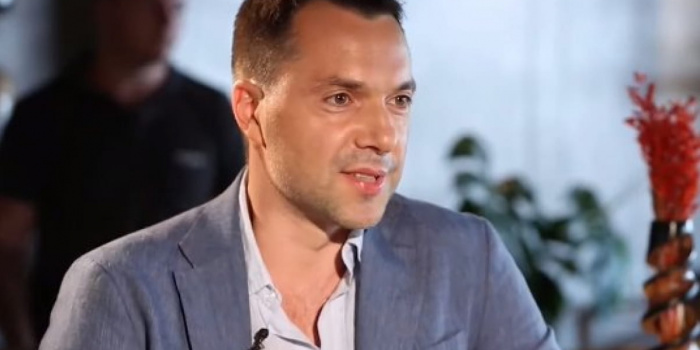 "Butusov is being driven up as a sacred victim, he has already been planned as another Gongadze", as the supernumerary adviser to the head of the President's Office said on Facebook page. Oleksiy Arestovych found that Censor.net editor-in-chief Yuriy Butusov could be killed, so he is going to ask for state protection for the journalist.

According to Arestovych, Yuriy Butusov “has been no a public figure or a journalist since a long time ago, but a malicious propagandist."

“The fact that he is no longer quite mentally fit was evident at the press conference. No one in one being in his right mind would allow himself to talk like that to the President of the country. He is being drummed into very well psychologically, ” wrote the adviser, adding that the story with the cannon shot “evidenced it absolutely”.

According to Arestovych, “at such rate, it is left a very short time for him - every day counts, a maximum - a week. He will be wiped out by those who are drumming him into. And this, according to the plan, will be a signal to start mass riots, amid a sincere indignation of citizens. And all this against the background of the build-up of Russian troops at the border. Is the scenario clear, isn’t ? The perfect ball game for Russia.

Any internal protest rally, then political crisis, then, please, go on into the offensive, "Arestovych wrote.

He added that he would urgently ask for state protection for Yuriy Butusov.

Arestovych added that he had specifically "voiced this as a possible scenario" in order to "make it harder for the directors to implement this action, and more difficult to mislead the citizens."

In addition, Arestovych believes that a journalist who "was photographed with a weapon or in a uniform with a stripe - he sided with and he can no longer be a journalist and cover developments of the conflict."

According to him, formally Butusov cannot be considered a journalist in terms of professional ethics, and the Commission on Journalism Ethics "should give a proper assessment."

As IMI reported, State Bureau of Investigation (SBI) has launched crimininal proceedings over the video shot by the  editor-in-chief of Censor.net Yuriy Butusov. Investigators consider a video posted on November 27 by Yuriy Butusov on his Facebook page, showing him firing a howitzer, as this was reported on November 28 on the SBI website.

In the video, the journalist fires a 152-mm D-20 howitzer with the words: "Fire on the occupiers!"

Yuriy Butusov later added that the video was shot a long time ago and during a training.