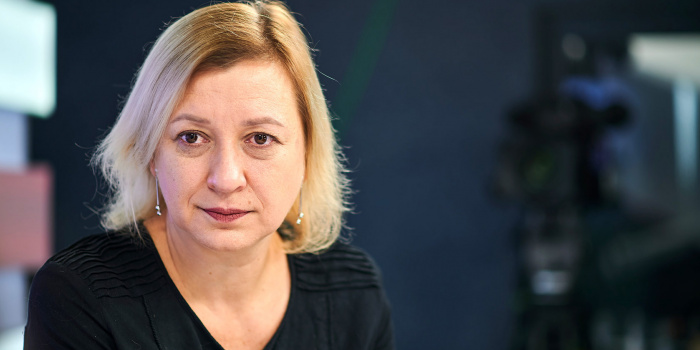 The Russian Federation is doing everything to eliminate as much of the Ukrainian civilian population and Ukrainian national identity as possible. The global community must make every effort to restore justice as soon as possible and save Ukrainians from total physical annihilation.

According to her, since the beginning of the full-scale invasion on February 24, the Crimean Human Rights Group has been consistently recording the manifestations of genocide against Ukrainians perpetrated by the Russian Federation on Ukrainian territory.

"We have a lot of undeniable evidence that the genocide of Ukrainians is a purposeful state policy of the Russian Federation. Even before the full-scale invasion, the Crimean Human Rights Group initiated a series of monitorings on the media space of the Russian Federation and the territories occupied by it. These studies objectify the facts of comprehensive incitement of hatred against Ukrainians, carried out by a significant number of Russian media during all these eight years. And it was a successful preparation of the Russian society's consciousness for the war that is ongoing now," Iryna Sedova noted.

According to the human rights activist, after the full-scale invasion, harsh hate speech has given way to direct calls for the genocide of Ukrainians. And it became widespread.

"To justify this genocide, the criminals who call themselves Russian journalists instill in the minds of Russians the idea that all Ukrainians, including children, are bloodthirsty Nazis and subhumans. Then they publicly call for the so-called denazification of Ukraine, meaning the complete annihilation of the Ukrainian society. The Russian Federation is doing everything to destroy Ukrainian national identity," the human rights activist emphasized.

According to Iryna Sedova, surveys show that calls for the extermination of Ukrainians are perceived favorably by ordinary citizens of the Russian Federation.

"These are precisely the consequences of Russia's deliberate state policy. The policy of eliminating the Ukrainian national identity. The policy of eliminating the Ukrainian nation. Therefore, the things that we used to simply call hate speech before the full-scale invasion, calling for public condemnation of such actions, today have undoubtedly become a criminal offense the outcomes of which are terrible," the CHRG researcher is convinced.

The human rights activist emphasized that all criminals must answer for their actions personally, and called on the global community to react as soon as possible to what is happening in Ukraine.

"Such unconditional justification of genocide and such rampant promotion of genocide already constitute criminal offenses under international criminal law. And the global community has no right to turn a blind eye to it. We are obliged to react and must react on a large scale. Ukraine needs more weapons in order to to resist the genocide. We should stop this horrible crime as soon as possible," urged Iryna Sedova.

As IMI reported, it is beneficial for Russia to incite hatred against the residents of Luhansk and Donetsk oblasts both inside these regions and on the territory of the Russian Federation, despite the fact that Russian propagandists spend day and night telling the domestic consumer about protecting the "people of the Donbas."