RF says it is protecting the people in its media, but in reality they do not need refugees: why hate towards Donbas residents is beneficial to Russia 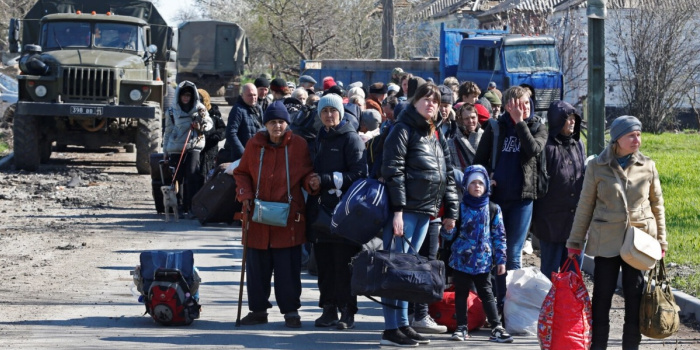 It is beneficial for Russia to incite hatred against the residents of Luhansk and Donetsk oblasts both inside these regions and on the territory of the Russian Federation, despite the fact that Russian propagandists spend day and night telling the domestic consumer about protecting the "people of the Donbas."

Human rights activist Iryna Sedova shared this opinion to the IMI representative in a comment for our blog "Jackals, snitches, saboteurs: how the Stakhanov occupation administration's public page reacts to the forcibly deported Popasnians."

Commenting on Kadiyivka residents (Stakhanov before the decommunization) reacting to the people from Popasna (which has been destroyed by the Russians) who were deported to their city, the human rights activist noted that this problem should be considered more broadly. According to Sedova, now the rhetoric of many Russian opinion leaders, namely those who speak on the state media, is focused on the fact that "all Ukrainians must be destroyed and they are all fascists / Nazis who snitch to the UAF."

"In this way, they equate the entire country with the army. And if, say, international criminal law is in force during a war, then it prohibits promoting and calling for genocide. But that is what the Russian media do," adds the human rights activist.

These calls, she said, have intensified many times with the beginning of the full-scale invasion. And the people who live in the occupied territories and who believe Russian propagandists have listened and read their opinions and are now parroting their calls.

"In their media, they are protecting the people, but all who remained in the occupied territories are mouths to feed, and they definitely do not need an influx of refugees. This is a humanitarian disaster. They don't know how to feed their army now because they are running out of these supplies. Therefore, the more refugees they scare away, the more refugees will go to the unoccupied part of Ukraine and 'eat up,' so to speak, the Ukrainian budget. In fact, these people, these immigrants, are not needed in Russia. And they will force them away, create bureaucratic obstacles for them. And since they do not have freedom of speech and no one will know about it, in the official media everything will be fine. They will paint a picture of how they hugged and fed three refugees, and they will bully the rest so that they leave these territories as soon as possible," said Iryna Sedova.

Residents of the Donbas who have left for Russia report on bureaucratic obstacles in the according social media communities. Here is an Internet user complaining that she is being summoned for questioning in Moscow, and asks to explain if anyone else has encountered such a thing. In response, one of the commentators clings to the fact that she wrote "rf" in lowercase while capitalizing "Ukraine." And allegedly, this is exactly what she can be asked about during the interrogation. 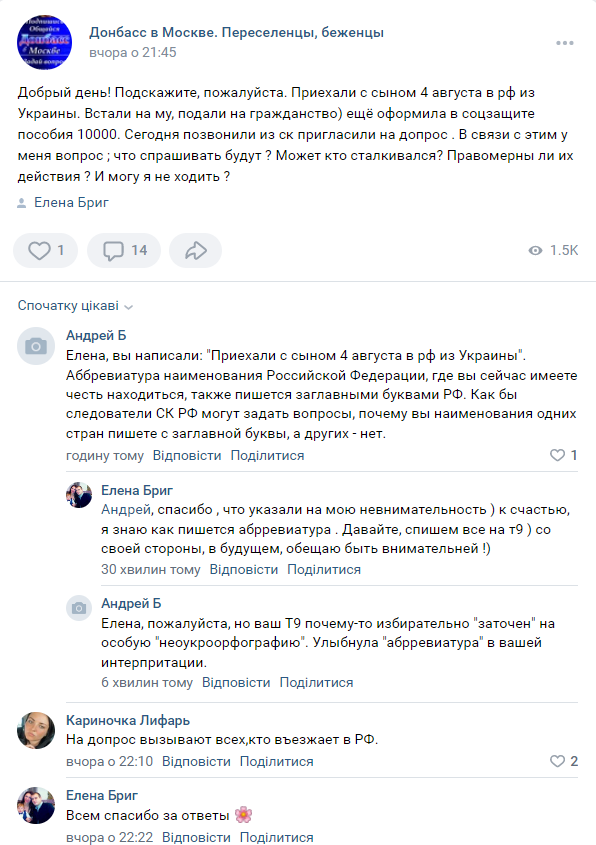 Another woman in this community asked about the Lysychansk refugees being housed in Moscow. The people's desire to settle in a more or less civilized city would seem to be obvious. However, the commenters, instead of providing constructive advice, respond with criticism such as "for some reason, everyone wants to go to Moscow and preferably have a view of the Red Square in their window," or "what is wrong with other Russian cities?" 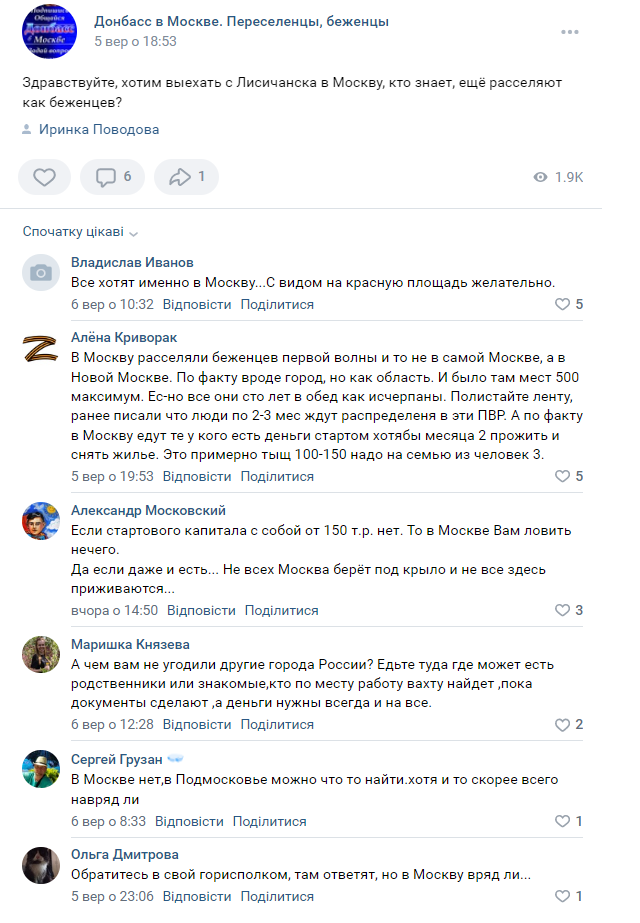