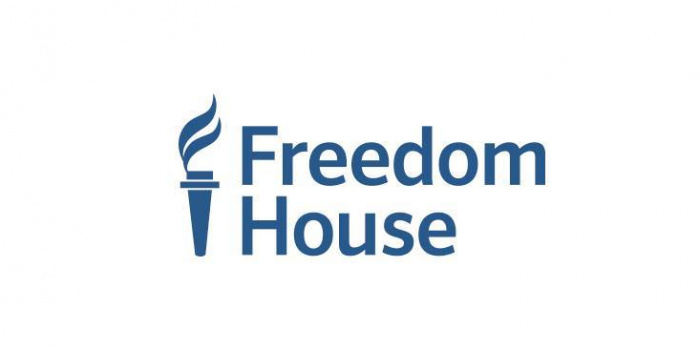 Ahead of upcoming visit of Ukrainian President, Freedom House urged the US President Joe Biden to focus on importance of restecting human rights and the protection of freedom of expression while countering misinformation, and addressing impunity for violence targeting some vulnerable groups, journalists and activists. This is said in a letter signed by Freedom House, published on August 30 on the organization's Facebook page.

These issues, the organization notes, “are key for a strong democratic Ukraine”.

The organization notes that “Zelensky continues to use executive power, without judicial review, to sanction media outlets, tech platforms, journalists, and websites under the pretext of fighting disinformation."

Freedom House believes that " any attempt to tackle disinformation should be grounded in the rule of law and protect human rights." The organization also recommended that Biden support Zelensky, “by urging Congress to support freedom of expression in Ukraine, with special emphasis on finding policy solutions to disinformation that are based in human rights and rule of law”.

The organization also noted that “Ukraine’s democracy remains fragile if justice does not serve people, and impunity for violence targeting minorities and activists goes unaddressed”.

At the same time, Freedom House cites data from the Institute of Mass Infornmation, which only in the first half of 2021 documented 97 cases of violations of journalists' rights. More than three-quarters of them were related to physical aggression.

"We urge you to ask President Zelenskyy to take a firm public stand in condemning hate and violence targeting vulnerable groups. Specifically, we encourage you and your administration to:

As IMI reported, On 21st of August, the President Volodymyr Zelensky put into effect the decision of the National Security and Defense Council (NSDC) of August 20 inflicting sanctions the Shariys, Anatoly and Olga (Bondarenko), and the editor-in-chief of Strana.ua Igor Guzhva and his associates. The relevant decrees №375/2021 and 376/2021 were published on the President's website on 21 August.