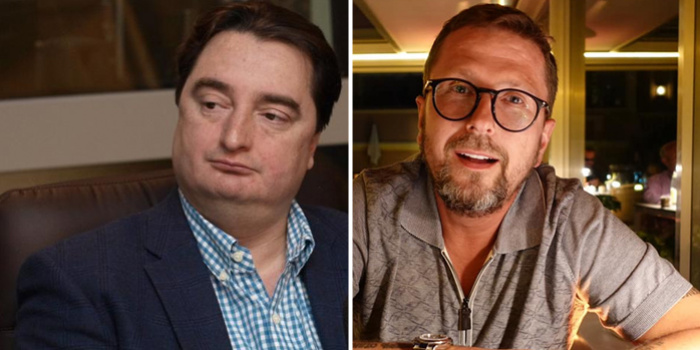 Three other persons got on the sanction list. Among them, Halyna Solntseva, founder of Lasmak LLC, the company which holds Strana.ua. So the edition was banned.

Also, sanctions were imposed against Mageri LLC, which is affiliated with Lasmak, and Smart Media Network LLC.

As reported by IMI, on July 27, lawyer Mark Feigin said that a Lithuanian court had dismissed blogger Anatoliy Shariy an appeal against the decision of the Lithuanian Migration Department, now he will have to leave the EU..

On February 16, 2021, the SBU charged Anatoliy Shariy of high treason and violation of equality of citizens due to their race, nationality, religious beliefs, disability and other grounds. Shariy was summoned for questioning by the SBU on February 22.

On February 22, the SBU considered Shariy's failure to appear for questioning was as an attempt to evade from the investigation.

On February 25, the SBU declared Shariy on wanted list.

On March 1, the SBU sent requests to the Kyiv City Prosecutor's Office for international legal assistance for investigative actions in other countries in criminal proceedings against Anatoliy Shariy.

On May 31, Ukrainian media reported that Lithuania had stripped Shariy of his refugee status. On May 10, 2021, Shariy's documents were annulled and he was declared a persona non grata. Shariy appealed Lithuania 's decision to deprive him of refugee status.

According to media reports, Shariy currently lives in Spain.

On June 22, 2017, in Kyiv, police detained the editor-in-chief of Strana.ua, Igor Guzhva, on suspicion of extorting and receiving $ 10,000 for accepting notto publish some compromising materials about Verkhovna Rada deputy Dmytro Linko.

On June 24, 2017, the Shevchenkivskyi District Court of Kyiv set a pre- trial  measure for Igor Huzhva for two months with an alternative bail in the amount of UAH 544,000 (about $20 000). On June 27, Ihor Huzhva was released on bail from the Lukyanivka prison. On January 31, 2018, he said that he had left Ukraine and applied for political asylum in Austria. Igor Huzhva claimed he was forced to quit the country due to pressure from the authorities and he said that five criminal cases had been initiated against him. Guzhva also said that he went abroad because of threats to his life and freedom. On October 1, 2018, he reported that the Austrian authorities had granted him political asylum.