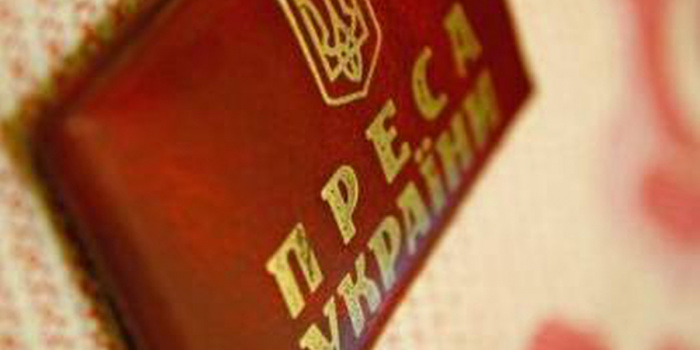 The problem of trafficking of fake press cards can be combated by means of the Article 366 of the Criminal Code of Ukraine "Official forgery", as the lawyer of the Institute of Mass Institute Roman Golovenko said during the discussion of the Independent Media Council "Problematic issues of media self-regulation" .

“There are several definitions of a journalist in Ukraine, but I don't like any of them. St. 345-1 of the Criminal Code says that a journalist's professional activity is a systematic activity of a person related to the dissemination of information to an indefinite number of persons through mass media and the Internet. The status of a journalist or his affiliation with the mass media is confirmed by an editorial or service ID. Both PR services and advertising companies are involved in disseminating information to the general public. There is no indication in the definition that a journalist should adhere to standards and act in the interests of the audience. If there were no sentence about ID, the situation would be completely confusing, ”as Roman Golovenko said.

According to him, there is a problem with the issuance of press cards in Ukraine, but when there are attacks on journalists, the victim does not always have the opportunity to show his press card or prove afterwards he had presented his press card.

“A journalist's ID gives an opportunity to buy a traumatic gun. But I don't remember any real journalist who would defend himself in that way. I object to the right to purchase traumatic weapons which would allow it to everyone who has a certificate, ”the lawyer said.

“St. 366 of the Criminal Code provides for liability for entering some knowingly false information to the official documents. When a person does not actually work as a journalist, but his / her ID card contains deliberately false information [about the fact that he / she is allegedly a journalist], in my opinion, this article can be applied. The structures that collect money for dropping forge press cards have learned to cover hide well behind a would-be journalistic activity, so even this article could be hardly applied, ”he says.

As IMI reported, the National Union of Journalists of Ukraine (NUJU) presented Metropolitan of Lutsk and Volyn Mykhaylo with a press card.