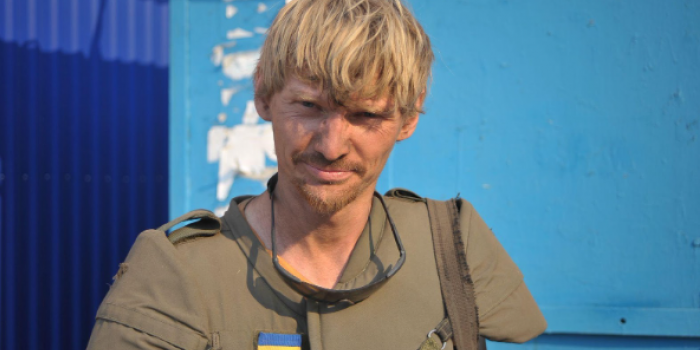 The investigation has a chance to identify the Russian troops who killed Ukrainian photojournalist Maks Levin. Physical evidence that RSF investigators found at the scene of Maks's and his friend Oleksiy Chernyshov's murder can help in this.

This was stated by the head of the organization's investigation desk Arnaud Froger, Detector Media reports.

Froger and his co-author Patrick Chauvel presented the results of the investigation on September 26 in Lviv at a meeting with the Vice President of the European Commission Vera Jourova and the Minister of Culture and Information Policy of Ukraine Oleksandr Tkachenko.

According to Arnaud Froger, the RSF team found fragments of clothing and disposable utensils used by the Russian invaders at the crime scene. "It is possible that there are DNA fragments left on these objects which will help identify the specific Russian soldiers," said Froger.

He also said that as time goes by, it is increasingly difficult to obtain evidence and testimonies in this and other cases of war crimes, but history knows examples of people being brought to justice even decades after the crime had been committed.

According to Patrick Chauvel, the investigation conducted by RSF is a tribute to all Ukrainian journalists.

It will be recalled that the investigators figured out two hypoteses of the circumstances of Maks Levin's and Oleksiy Chernyshov's death. The first is that the Russian troops shot the men from afar while they were standing in the forest near Levin's car, and then, perhaps, finished them off at close range. The second is that Levin and Chernyshov were first interrogated and then executed. Arnaud Froger has testified to the Ukrainian authorities and handed them the physical evidence found at the crime scene.

As IMI reported, photojournalist Maksym Levin had gone missing on the frontline in Vyshgorod district near Kyiv, where he had been carrying out his professional duties covering the war.