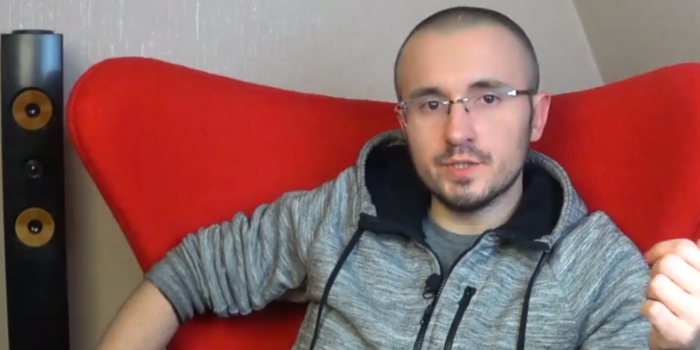 The Myrotvorets (Peacekeeper) website has entered the investigative journalist, editor and host of the TV show "Our Money with Denis Bihus" to its database. This was due to Bihus’ s story about the son of the former Secretary of the National Security and Defense Council Igor Gladkovsky and the embezzlement in the defense industry, as Ukraiynska Pravda reported..

As an example of such activity of Bihus, “Myrotvorets” cited the report of the Bogdan Corporation saying that on July 3 the Podilsky District Court of Kyiv declared Bihus’s video story about the embezzlement in the defense industry to be unreliable and and such that violated Igor Gladkovsky's personal non-property rights (the so-called Svinarchuk case). ”).

According to UP, "Peacemaker" is associated with Deputy Interior Minister Anton Gerashchenko. The site declares that it publishes information about people who pose a threat to the Ukrainian state and society, who have committed crimes against the foundations of national security.

As IMI reported, in 2016, for three times the “Peacemaker” database made public the lists of journalists with their personal data. For the first time, the Peacemaker released a list of more than 4,000 personal data of journalists who had been, so-to-say, "accreditated” in armed group "Donetsk People’s Republic" on May 7, 2016. On May 20, 2016, for second time the “Peacemaker” made public an updated list of journalists "accredited" by the DPR group, and on May 24, for the third time, it published another list with the names of 293 foreign journalists accredited by the so-called "DPR".

The fact of publication has caused a wide resonance not only in Ukraine, but also abroad. Journalists of the Ukrainian and foreign mass media, as well as representatives of Ukrainian and international media organizations, requested the “Peacemaker” database to immediately ban free access to personal data of journalists and called on the authorities to open criminal proceedings upon violation of the Law "On Protection of Personal Data", making pressure and threats to the journalists from the list.

On May 11, 2016, the office of public prosecutor of Kyiv opened criminal proceedings upon the publication of personal data of journalists on the Peacemaker website.

On June 2, 2016, the Main Directorate of the National Police in Kyiv called on the media professionals whose names and contact details were published by the Peacemaker website and whose professional legitimate activity, as a result, was obstructed, to testify about it.

In December 2019, the “Peacemaker” database was going to shut down its servers, namely myrotvorets.center website and its mirrors, as to “Peacemaker” website.

According to the report, this happens "due to some external circumstances."

"Access to the information about the targets of our research at the “Purgatory” section will be temporarily available for some categories of users only on some designated secure resource," as “Peacemaker” reported.

All other projects of the center will continue to operate.

The “Peacemaker” Center is a non-governmental organization established in the spring of 2014 to investigate the offenses against Ukraine's national security, peace, human security and international law.