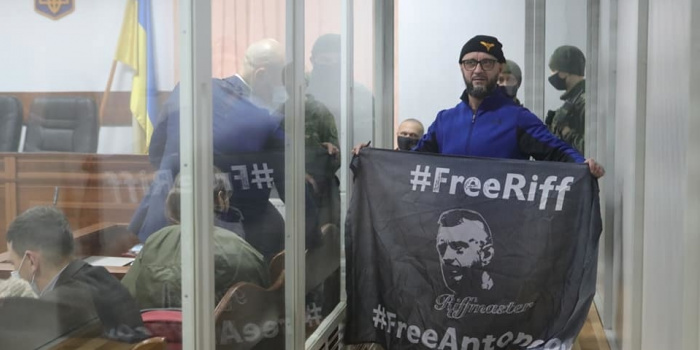 On January 12, the hearing in the case of the murder of journalist Pavel Sheremet has been resumed in the Shevchenkivskyi District Court in Kyiv. The judge was considering some supplementary case files submitted by the prosecution, as Ukrinform reported.

The presiding judge Maryna Antonyuk said that some extra files were appended to the case at the previous court hearing and some new facts not known before had been revealed.

“I have to inform you that, in accordance with the decision on the pre-trial investigation by the investigative team of July 22, 2016 in the criminal proceedings from which our proceedings were separated, it appeared that the group of investigators in this criminal proceedings included police the captain Nizhankivska. At that time, she held the position of senior investigator Shevchenkivsky (police department. - Ed. ) in Kyiv. This person is my husband's niece. I personally do not maintain family relations with this person, we do not live together, we do not maintain friendly relations, ”Antonyuk said.

The judge said that Nizhankivska was not her close relative or family member and that this was not a ground for her to recuse that person in compliance with the provisions of Article 75 of the Code of Criminal Procedure. - Ed. ).

For their part, neither prosecutors, nor lawyers, nor defendants challenged this judge.

The court has now to deliberate as to recusation of one of the aggrieved persons' representatives, Andriy Mamaliga.

It will be recalled that on December 17, 2020, the Shevchenkivskyi District Court of Kyiv denied the request of Andriy Antonenko's defense to change his measure of restraint due to deteriorating health and suspicion of COVID-19.