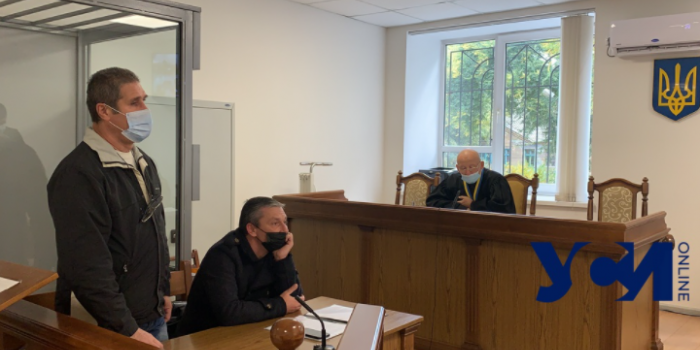 The Primorsky District Court of Odessa compelled Mykola Yakovenko, a security guard at the Odessa State Academy of Civil Engineering, to pay a fine of 850 hryvnias (about $32) for obstructing and threatening to shoot down a journalist with Ukrainian News Service (USI) Hanna Pokrovska. This decision was issued by the court on October 20, according to USI website.

At bar, the guard admitted his guilt. He said he really tried to drive out the TV crew from the academy building, but he denied that he did not snatch the press card, he said he picked it up when it fell.

“I took the card to look at it. And she (Pokrovska. - Ed. ) jerked abruptly, the fixing broke, the card fell, and I picked it up, ”the defendant explained.

After the incident, the man continues to hold the same position.

In court, he apologized to the victim: "I plead guilty and apologize to Pokrovska for everything that happened then."

The security guard was accused of obstructing journalistic activity under Part 2 of Art. 171. According to the sanction of the article, the maximum amount of the fine is UAH 3,400. Given Yakovenko's sincere remorse, no criminal record, and second degree of disability, the judge fined him a minimum of 850 hryvnias.

“The point is not even in the amount of the fine, but in the fact that this is a precedent for Odessa. For the first time the sentence was passed under Article 171, and in the second part - the influence on the journalist in any form. Previously, the maximum punishment for such an offense could be "hooliganism",- as explained Pokrovska's lawyer Vitaliy Matveev.

As IMI reported, on January 22, 2020, the guard of the Odessa State Academy of Civil Engineering and Architecture Mykola Yakovenko threatened journalist with the web-based edition “Ukrainian Information Service” Anna Pokrovska. The journalist was shooting a story about fire safety at the academy for the special program ”USI inspection” dealing with safety of schools and colleges, as USI reported.

The security guard first tried to expel cameraman Vladyslav Shvets and journalist Hanna Pokrovska from the building. And then he tore off the press card of Pokrovska and didn't give it back.