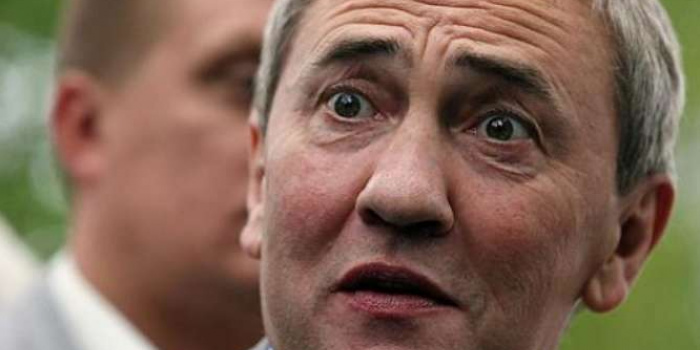 On September 7, the Pechersk District Court of Kyiv refused to grant former Kyiv mayor Leonid Chernovetsky's lawsuit against ZN.ua regarding the protection of honor, dignity, and business reputation, the obligation to refute false information, and redress for moral damage. This is reported by ZN.ua.

We remind you that in February 2022, former mayor of Kyiv Leonid Chernovetsky filed two lawsuits against media outlet Dzerkalo Tyzhnia for the protection of honor, business reputation, and UAH 2 million redress for moral damage.

The first lawsuit challenges the content of the article Will Zelensky Take the Capital? written by politics department editor Inna Vedernikova. The plaintiff was upset with the author's judgment: "'But here it is important to remember that the main argument that allowed Yanukovych to legitimize his decision in the citizens' eyes was the anti-corruption campaign run by the security forces and Popov's team, which began actively exposing Chernovetsky's actions. The Constitution is nothing, justice is everything. The authorities demonstratively returned the assets stolen by Chernovetsky to the city's municipal property. What they did with them later is not what this article is about. However, there is definitely a reason to be afraid for Klychko,' Vedernikova adds."

The second lawsuit concerned a quote from the June 12, 2021 publication by the same author, Power or Wallet? of the following content: "Alla Shlapak – ex-leader of the Leonid Chernovetskyy Bloc faction (co-led by Denys Komarnytsky), keeper of Chernovetsky's 'networks' – is not on Tymoshenko's team by accident."

The case is pending in the Svyatoshyn District Court of Kyiv (case No. 759/16311/21-ts, judge Ulyanovska Oksana Vasylivna) and as of now, the proceedings have been postponed without determining the date of the next hearing.

The publication notes that Paragraph 2 of Article 10 of the Convention on the Protection of Human Rights and Fundamental Freedoms provides almost no opportunities for limiting the freedom of expression when it comes to the speeches of politicians or public interest issues.

"Moreover, the limit of permissible criticism of such a public person as a politician is broader than that of a private person. Unlike the latter, the former inevitably and deliberately seeks to ensure that all his words and actions are the object of close attention from journalists and the general public, therefore he or she should show greater tolerance," the editors note.

The editors also note that they were closely following the events taking place in the capital while the plaintiff was in office and were the first to publish the information about the scope of his violations. The editors note that they are open to cooperation, but are ready to legally defend their author's right to freely express their opinions in their own articles. "The law of Ukraine prohibits censorship as obstruction of freedom of thought and speech, of free expression of thoughts and beliefs," the media notes.

The publication is ready to defend the authors' right to freely express their opinions in their own texts in court and will report on the course of the lawsuits' consideration.

Dzerkalo Tyzhnia representative, lawyer Roman Vasylniak, noted: "Merely a wish and disagreement with the author of the article is not enough to for the information to be recognized as unreliable and warranting redress for moral damage. The Supreme Court has recently formed its stance on the cases in this category and it somewhat protects journalists against such outrageous claims from politicians and businessmen."