Collaborator deputy Kovalyov in hospital after an assassination attempt 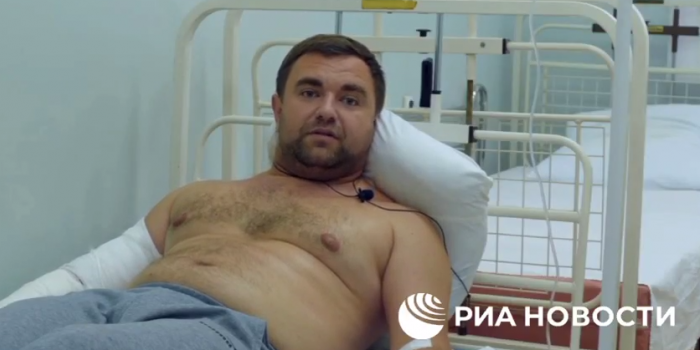 Collaborator deputy Oleksiy Kovalev, who is staying in the occupied territory of Kherson region, appeared on video for the first time after the assassination attempt. A video with him was released by the russian propaganda media outlet RIA on June 30, Babel reports.

He called the attempt "sabotage of the Ukrainian special services," and also said that he would return to work on Monday and continue working in his electoral district – "until the end of my mandate in 2023."

As the publication reminds, on June 22, in the occupied part of Kherson region, in Hola Prystan city, an assassination attempt on Kovalyov was made – his car was blown up. Head of the Defence Intelligence of Ukraine Kyrylo Budanov confirmed that a "certain action" had been taken in relation to Kovalyov.