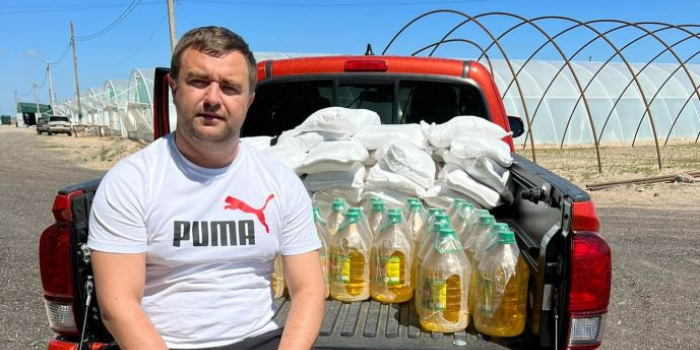 At the initiative of the State Bureau of Investigation, criminal proceedings for collaborationism have been opened against Oleksiy Kovalev, People's Deputy and owner of Channel 4.

According to the investigation, the deputy is cooperating with the occupying russian forces in the temporarily occupied territory of Kherson region. The companies under his control are supplying food to the Autonomous Republic of Crimea with further sale on the territory of the russian federation, as well as importing fuel and lubricants to Kherson region from the occupied Crimea.

The deputy provides the personnel of the occupying forces with accomodation in the premises of a sanatorium controlled by him, located in the town of Hola Prystan, Kherson region.

In addition, the SBI notes, the deputy talks about cooperating with the occupiers on his Facebook page and believes that russia has come to Kherson region for a long time.

The SBI reports that back in April of this year, the Prosecutor General, on the grounds of the State Bureau's information, launched criminal proceedings for a crime under Part 4 of Article 111-1 of the Criminal Code of Ukraine (collaboration activities).

The investigation is ongoing.

We remind that on June 8, the owner of Channel 4, People's Deputy Oleksiy Kovalyov who had left for the occupied Kherson region, admitted that he was cooperating with the russian invaders, and supported the occupation of the region by russia.

"Yesterday I attended an event that was very important for me and for all the farmers in our region – First Deputy Head of the Presidential Administration Sergei Kirienko met with the farmers of Kherson region. First, it was said that russia is here for real and for a long time! Secondly, at the meeting, we voiced all our questions and wishes. Full-scale integration of Kherson agrarians into russia's economic model is planned. I think I will say this not only on my behalf, but also on behalf of the rest of the meeting's participants: the people walked out with a feeling that russia hears and understands us. In addition to agrarian issues, Kherson region's status was also discussed – I will repeat that russia is here forever and the closest possible integration with russia is already underway," the People's Deputy wrote.

The Servant of the People faction has already stated that they will deprive Oleksiy Kovalyov of his mandate and are waiting for conclusions from law enforcement officers.

As IMI reported, on April 28, the Servant of the People faction in the Verkhovna Rada suspended the membership of People's Deputy Oleksiy Kovalyov and appealed to the Prosecutor General and the head of the Security Service to initiate a case to investigate his stay in the temporarily occupied part of Kherson region. The deputy is suspected of treason.