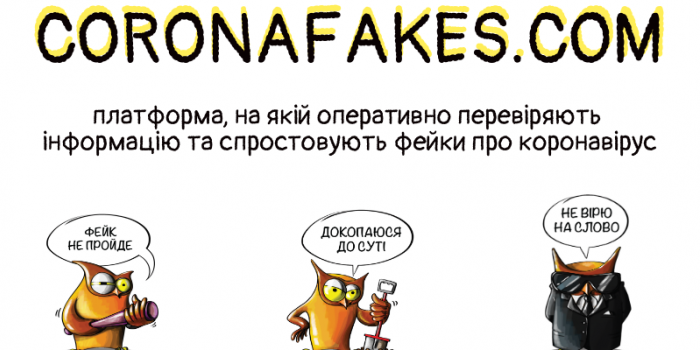 On the other side of the pandemic

The website where they debunk the coronavirus fake news "On the other side of the pandemic" was blocked on November 22, just after a dispute between fact checkers of "On the other side of the news" with the co-owner of "Bukvy" Petro Terentyev, who also owns the domain Coronafakes.com. The row was due to criticism from fact-checkers authors of lead-in to the news item of "Bukvy" on Facebook. This was reported by "Detektor Media".

At that time, the volunteer initiative brought together journalists, analysts and fact-checkers of the editorial offices "On the Other Side of the News" (RPDI - Regional Press Development Institute), BezBrehni, "Nashi Hroshi. Lviv", "Kavun.City", "Bukvy", and also independent analysts from Ukraine and Germany.

The head of "On the other side of the news" Serhiy Odarenko found the actual locking of the resource to be revenge for slamming the "Bukvy" lead-in to a Facebook post about the acquittal of an American who shot two people.

However, Petro Terentyev assured that this was a temporary solution, which was in no way related to the criticism of "On the other side of the news."

The critical post "Beyond the News" was published on November 20, 2021. According to "On the other side of the news", the lead-in of the SMM-editor of "Bukvy" to the news on Facebook was "manipulative". The editors had "no remarks" to the text of the news. 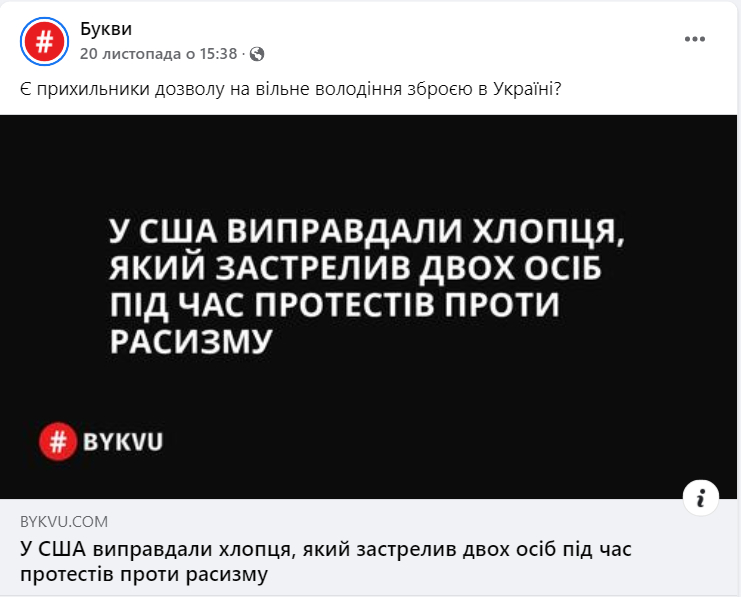 (Lead-in: Are there supporters firearm permits in Ukraine, aren’t there? The news item: In USA, a guy who shot to death two persons during protest rally against racism was acquitted.)

Terentyev demanded to take down the post, saying he was "discrediting" the publication. "On the other side of the News" agreed to take it down, but posted another one, explaining such a decision.

Serhiy Odarenko told Detector Media that he considered Coronafakes.com's redirection to Bukva as revenge: "I see it as revenge for our criticism."

However, Petro Terentyev didn’t find any connection between the decision to redirect Coronafakes.com to another page and the conflict over the post "On the other side of the News."

Terentyev told DM that he was the full legal owner of the domain, and he also said that he took care of its "financing". According to him, the decision to redirect to the page "Bukvy" was due to the fact that he didn’t know who was in charge of the project after the resignation of Alyona Romanyuk from "On the other side of the News."

"I don't know who has access to the administrator control panel, there are doubts about who puts the pieces there and how… So, as a domain owner, I decided to make a redirect to another of my projects which is "Bukvy"," as Terentyev said.

He added that he is ready to transfer the rights to the domain to people he trusted and respected, while promising to continue to "financially support it so that it would be completely transparent."

As IMI reported, on November 23, four editors of the newswire resigned from the publication "Bukvy" :  Olga Ganyukova, Yana Ilkiv and Marta Bondarenko, as well as two employees of the SMM-department, who had been working there for more than five years.. According to them, the reason was constant pressure, threats and harassment of employees of the publication.

The editorial board of "Bukvy" also made a statement . According to them, the reason for dismissal was the financial debt of one of the employees to the co-owner of the publication, as well as the low quality of the content.