Canada starts crowdfunding to buy a Bayraktar for Ukraine, too 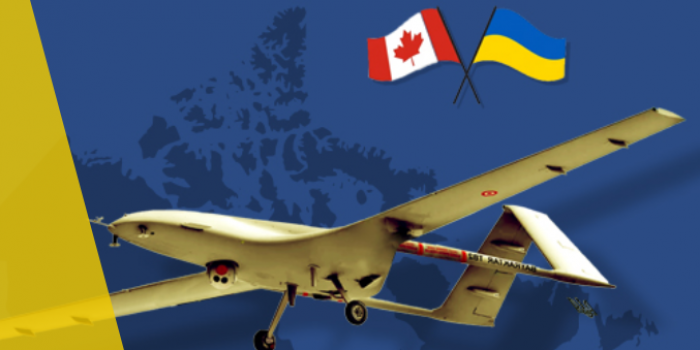 This is reported on the organization's website, writes Ukrinform.

“With every donation, you will be some of the first to support our organization’s goal of raising C$7 million to purchase a Bayraktar drone from the largest Ukrainian diaspora in the world. The objective of this project is to raise money for a new drone for the Ukrainian military in time for August 24 Ukraine Independence Day," UHelpUkraine said.

It is noted that UHelpUkraine is a non-profit organization of Ukrainian-Canadian volunteers who are proud to be Ukrainians. It was created in response to russia's unjust attack on Ukraine on February 24, 2022. The organization delivers the necessary aid to civilians directly in Ukraine.

It will be recalled that the CEO of Baykar Makina, Haluk Bayraktar, stated that Baykar Makina has not supplied and will never supply its products to russia, as it supports the sovereignty of Ukraine and its struggle for independence.

As reported by IMI, previously Lithuanian TV presenter, founder of Laisvės TV and public figure Andrius Tapinas raised EUR 5 million for a Bayraktar TB2 drone for the defenders of Ukraine in three days. Turkey decided to hand over the Bayraktar TB2 attack drone for which the Lithuanians had raised money for free. Lithuania has already delivered this Bayraktar TB2 to Ukraine.

On June 28, in Poland, journalist Slawomir Sierakowski launched a crowdfunding campaign for a Bayraktar drone for the Armed Forces of Ukraine. The crowdfunding was announced on the Zrzutka.pl website and will last for 30 days.

TV presenter and volunteer Serhii Prytula also collected UAH 600 million for a Bayraktar for the Armed Forces of Ukraine in three days. The Turkish company Baykar announced that it will hand over three drones to Ukraine for free.

Crowdfunding for a Bayraktar for Ukraine is currently underway in Norway.