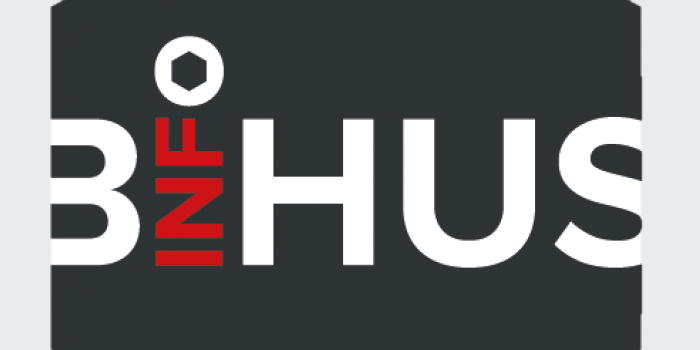 On December 9, the Kyiv Court of Appeals upheld complaints from Bihus.Info journalists Denys Bigus and Lesya Ivanova and overturned a decision by Kyiv's Podilsky District Court to refute report about the involvement of Igor Hladkovsky, the son of the former deputy secretary of the National Security and Defense Council, into embezzlement schemes in defense sector, as Bihus.Info reported.

Thus, the Kyiv Court of Appeal overturned the decision of the first instance and decided to dismiss Igor Hladkovsky’s claims in full.

The full text of the decision with the motivational part is not yet available, it must be published within 10 days.

At the same time, lawyers for journalists reported from the courtroom that the judges have repeatedly drawn attention to the unfoundedness of Hladkovsky's claims.

For example, in his lawsuit, Hladkosvsky demanded that the authors of the investigation refute words they did not say at all - that Gladkovsky was the organizer of the scheme of embezzlement of defense funds: “Noone, nor Bihus, neither Ivanova any word said about Igor Hladkovsky as mastermind of the scheme of embezzlement of the defense budget ", - the judge noted and asked Hladkovsky's lawyer to explain who and when uttered such words. The lawyer had to admit that there was no such words in the story at all and that, according to the plaintiff, such conclusions could only be made by the audience after reviewing the investigation.

In addition, according to lawyers, the judges drew attention to the absurdity of the fact that Hladkovsky demanded to refute the whole story, since in that case, one should refute the fact that Hladkovsky has a son Igor or that Denis Bigus is a journalist. The judges tried to clarify with Gladkovsky's representative what information he wanted to find unreliable (the plaintiff must provide a list of specific phrases disseminated by the defendant), but he did not provide a list. Instead the plaintiff tried to make the judges determine what to refute.

As IMI reported, on February 25, 2019, journalists of the Bihus.Info project published an investigation into corruption in the defense sector. The investigation made public by Bihus.Info revealed that Ihor Hladkovskyi and his partners had been providing double or even four times higher overcharged contraband pieces and parts from Ukrainian military units through some front companies. The journalists told that in the Autumn 2018, they had received an anonymous letter citing the participants of those deals and after having verified this information, the journalists came to conclusion these facts were truth. As to Bihus.Info the embezzlement was up to 250 millions of hryvnias ($ 9 millions) at least. The authors of investigation claimed Oleg Hladkovskyi would be involved to these deals, as in the past he was a business partner of Petro Poroshenko, actual head of state, and Pavlo Bukin, head of public corporate group Ukroboronprom (Ukrainian defense industry) and other heads of enterprises and functionaries. February 26th, Ihor Hladkovskiy, son of the First deputy to the Secretary of the National security and defense council Oleh Hladkovskyi is to sue the Bihus.Info for defamation. March 4th, president Poroshenko fired the National Security and Defense Council deputy secretary Oleg Gladkovsky.