Ping-pong from law enforcers. Or how to get away with death threat to journalist 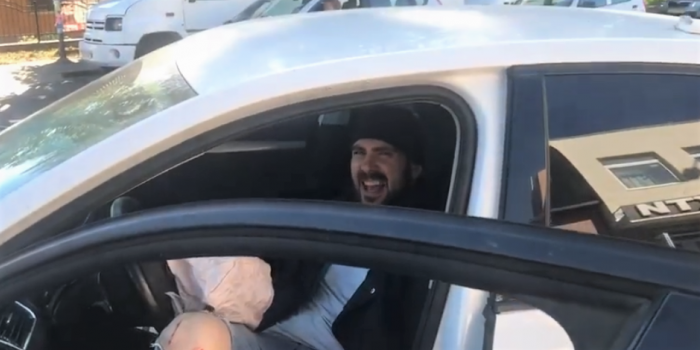 Police and prosecutors contradict each other in the case of threats from the son of Medvedchuk's follower Andriy Buzynarsky to producer with UA:PBC Inna Biletska. Police say the prosecutor's office is not willing to serve the person with suspicion, prosecutors argue that no one had contacted them with such a request. Meanwhile, an entry appeared in the court register confirming the case has been closed and Buzynarsky Jr. has already managed to dismiss the charges with hooliganism on appeal.

The representative of IMI in Rivne region have looked into details of this case.

August 2018. Andriy Buzynarsky, the son of Mykhaylo Buzynarsky, an influential ex-chief of the special operations department of the Ministry of Internal Affairs of Ukraine and head of the local branch of the “Opposition Platform –For Life”, caused another road accident under influence of alcohol intoxication, although he was assigned to home arrest. Two people were injured in the car that collided.

The TV crew of the Rivne branch of UA:PBC arrived at the scene. Producer Inna Biletska tried to get Andriy Buzynarsky's comment, but instead heard threats:

Inna Biletska: Do you think that you will driving all your life and you will be fine?

Andriy Buzynarsky: No, I do not think so. I think your head will be fractured today and you will be dead at least by tomorrow. Do you have children?

I.B.: Why do you ask me about my children?

A. B.: Because they will have no mother.

The journalist recorded these words on video.

Then, Buzynarsky kicked her twice on the phone.

Later, Andriy's father, Mykhaylo Buzynarsky, told reporters that his son had just hit his head and hadn't planned anything bad. However, many media outlets reported about Buzynarsky Jr.'s audacity and threats, speaking on that incident. The police opened a criminal case under Part 1 of Art. 345-1 - threat to the life of a journalist. And the rest is silence. Then, the case investigator died.

Journalist Inna Biletska says that no one has contacted her since.

“The investigator who was working the case of threats against me, asked me to interrogate the prosecutor's office why they did not issue suspicion note. But I did not see it possible to try to request something, actually using my official position and my profession in my own interests. Then the investigator died prematurely, ” comments Inna Biletska.

Ping-ponging with responsibility. Contradictory comments from the police and the prosecutor's office

More than two years after the starting the proceedings, Oleksandr Panasyuk, Deputy Chief of the National Police in Rivne region, told a IMI spokesperson that the criminal case was still in the police. He said it during a working meeting on progress of the investigation. 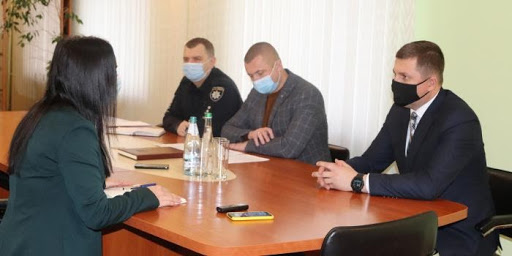 In December 2020, the police told IMI that the prosecutor's office did not want to press suspicions. Photo by Maria Yustytska, a spokeswoman for the police in the Rivne region

“A draft of the suspicion was being prepared and was to be sent to the prosecutor's office, but the procedural prosecutor, unfortunately, does not see the possibility of declaring suspicion due to the fact that the actions of the person who committed the illegal acts did not reach, let’s say, the moment that would allow to serve with suspicion note. We will apply to the prosecutor's office again. I guess that if a decision on declaring suspicion is not made, a final decision will be made in this proceeding, ” as Panasyuk said.

Asked by the IMI representative, whether the prosecutor's office did not consider Buzynarsky's words recorded on the video as sufficient, Panasyuk answered: “Unfortunately, no. You see, any threat of murder must be overt. There must be some weapon that, for example, could indicate that this intention is real. "

On May 31, during a meeting of the interagency working group on countering criminal offenses targeting journalists, the Rivne Regional Prosecutor's Office said the exact the contrary.

"As to this point, which you commented, from Panasyuk, that they appealed to the prosecutor's office with a draft notice of suspicion. I want to note that the investigator did not apply to the prosecutor with such a document and this information is unreliable, ”the acting head of district Prosecutor’s Office of Rivne said Andriy Maksymchuk.

May 31. Meeting of the interdepartmental working group on counteraction to criminal offenses targeting journalists in the prosecutor's office of Rivne region. Photo by Oksana Zhuzhelska

According to Andriy Maksymchuk, last year, the police closed the criminal proceedings.

"It was checked by the prosecutor's office, the decision to drop the case has been revoked, and the investigator was commissioned to interrogate police officers, the investigative task force who went to the scene, as well as to watch repeatedly the video footage provided by both the victim and police who went to the scene. In addition, after the closure of the proceedings, the police drew up an administrative report against Buzynarsky and sent them to the court, which was considered by the Rivne City Court in 1920, where Buzynarsky was brought to administrative responsibility. The proceedings was closed due to expiration of term of limitation, as Andriy Maksimchuk said.

In July 2020, the Rivne City Court found Andriy Buzynarsky guilty of petty hooliganism. In addition, in the court decision mentioned the dismiss of the criminal proceedings of August 11, 2018 regarding threats to the journalist due to the expiration of the term of limitation.

And for more than six months, when the deadline for filing an appeal expired, Buzynarsky managed to overturn even a petty hooliganism charges in the Rivne Court of Appeal.

It is known from the decision of the appellate court that the presiding judge, Oleh Polyukhovych, took the complaint into consideration, as he decided that the deadline for the appeal had been missed for valid reasons. Mykhaylo Buzynarsky, who represented his son's interests, said that law enforcement officers had drawn up a report on Andriy Buzynarsky in his absence and allegedly did not informed him of it. Instead, the city court said in the ruling that Buzynarsky Jr. was duly notified of the place and date of the hearing, and failed to inform of the reasons for his absence from court.

"It is very sad that my colleagues from the prosecutor's office say such things," said the deputy chief of police.

We ask the deputy chief of police in the Rivne region, the chief of investigative department Oleksander Panasyuk to comment on words of prosecutors and data on closing of case. He says that, according to the information available in the Unified Register of Pre-trial Investigations, the case is not closed and it is being investigated.

“At the initial stage of the pre-trial investigation, we appealed to the prosecutor's office about the possibility of declaring a person a suspect. But, unfortunately, the prosecutor did not see the possibility of serving suspicion to a person at that stage of the pre-trial investigation. This is the first. Secondly, given the circumstances of the crime, there was no real reason, so to speak, to worry about someone for their lives and health. Because there were no weapon and so on. So perhaps we will apply some other qualification for this crime. For example, it is not a threat of murder against a journalist, but interference in journalistic activities, ”says Oleksandr Panasyuk.

Regarding the words of prosecutors, he commented: “I am very sad that my colleagues from the prosecutor's office say such things. Next time, I would like to be present at such meetings. "

When asked by the IMI representative about the information on closing the case, which is in the court register, Oleksandr Panasyuk answered that it may be another case. "We have asked for an extension of this pre-trial investigation, and the case is under way," said Oleksandr Panasyuk. According to him, the police have appointed additional examinations and will make a decision in the case by the end of the month.

"I was not threatened to be killed here and now, but they promised to contact the guys who will do it," - Inna Biletska said.

The victim journalist Inna Biletska says that she did not know about "petty hooliganism" or about the judges' decisions. According to her, the police were provided not only with the video she posted on Facebook, but much more with the video she shot at the scene. 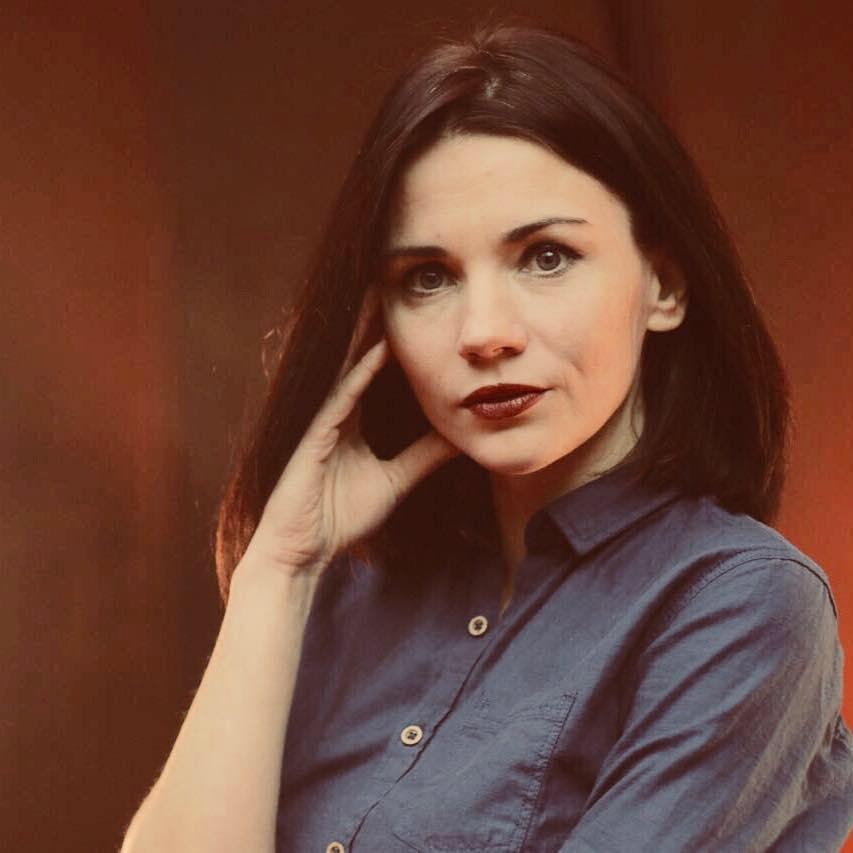 "As for Panasyuk's words that there is no weapon, so I was not threatened with murder, this is a very interesting investigative approach, in my opinion. I suggest the investigation to get acquainted with all the video I had given to them, from which it can be concluded that I was not threatened with being killed here and now, but they promised to contact the guys who will do it. The lack of a weapon sounds like "Well, we know Andriy: he is drunk, he always says that, but he hasn't killed anyone yet, so Biletska may not be afraid." It’s hilarious! Forgive me for the angry words, ”the journalist comments.

Inna Biletska found that both the police and the prosecutor's office were sidestepping responsibility, as Mykhailo Buzynarsky obviously has influence over both law enforcement agencies.

“Andriy Buzynarsky is no less famous than his father, and he is no less famous for his antisocial behavior. His behavior is frightening, his threats are frightening, the more you know about his impunity, the more they frighten. The proceedings were dismissed. The police say that the prosecutor's office does not approve of the suspicions, the prosecutor's office says that the police did not apply. This throwing of the ball of responsibility testifies to only one thing: the pro-Russian politician Mikhail Buzinarsky has too much influence on both. And if even my publicity is not able to protect me, then what to expect from those whom the law does not protect as it protects me as a journalist. I am ashamed both of the police and the prosecutor's office. I hope that one of these structures will be able to say through its leader: we are not afraid of Misha Buzynarsky and do not play his flute .I don't want to be a corpse yet, ”commented Inna Biletska.

So far, both law enforcement agencies have announced that they are stepping up their work in this case: the prosecutor's office will collect the necessary data, and the police will make a final decision. IMI takes this case under its control. 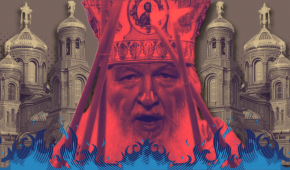