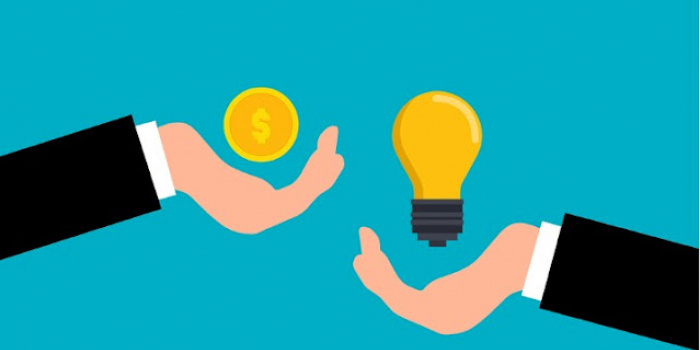 The research methodology was as follows: a media outlet received 1 point if if it had a financial report published on its website, and if receiving financial support during a certain period from a certain entity (almost always foreign donors) was simply acknowledged, the media outlet received 0.5 points. Receiving support from foreign donors does not exclude other sources of income, such as income from advertising, but the websites did not mention those at all.

Four websites had financial reports posted on them, namely the websites of Suspilne (p. 51), Ukrinform, Hromadske, and ICTV. NV and Radio Liberty, which had listed descriptions of their funding sources, were equated to them. In NV's case, paragraph 10 of the published editorial policy cites several figures regarding the media outlet's financial situation, information on the owner, and states: "Media-DK Publishing House is funded by investments from the owner, as well as by its own income. The NV website is self-supporting, its income is generated from media advertising (banners), native advertising (partnership projects), branded PR publications, reader subscriptions (paywall), branded lead generation, monetization of the editorial YouTube channel, and Facebook monetization (instant articles). NV applies for and receives grants to cover topics that do not conflict with our mission and values, but the grants are not an essential component of our business model."

The Radio Liberty website also states quite comprehensively: "Radio Liberty is a service of Radio Free Europe/Radio Liberty (RFE/RL), which is an independent media corporation funded by the US Congress through grants provided through the US Agency for Global Media." That is, in total, there are six online media, or 12% of those surveyed, which provided quite detailed information about their funding.

By the way, last year there was one financially transparent media outlet less, or 10%. As you can see, this year, NV joined them.

Three more media outlets have posted details about their support by a certain foreign donor supporting them on their websites (0.5 points), which does not exclude other means of income or that the project granting such financial support might come to an end after a certain time, for example, in a year or two. In particular, "the International Renaissance Foundation provides institutional support to the LIGA.net media outlet;" "ZAXID.NET is being supported by the European Endowment for Democracy (EED);" as well as "(in) 2022, Novynarnia is working with institutional support from the European Endowment for Democracy (EED)." The BBC also published a financial report, but only on the website of its British service in English, therefore, due to such inconvenience for the Ukrainian audience, this media was also given 0.5 points. In total, there are four media outlets (8%) which are partially financially transparent. In 2021, there were half as many partially financially transparent online media – ​​merely 4%.

"KP in Ukraine" has allegedly posted an annual report on its website, but the file is not downloading, so the media was given 0 points. In general, 40 surveyed online media (80%) published no relevant financial information about themselves (there used to be 86% of such media last year).

As for the media attracting financial assistance from their audience, 17 of them, or 34% of all surveyed, have posted information on how to support the media outlet financially. IMI did not research this parameter in previous years. The 17 media outlets are the following: TSN, NV, Liga, Focus, UNIAN, Delo.UA, Novynarnia, Hromadske, LB, Slovo i Dilo, DT, KP in Ukraine, Vesti, Bukvy, Babel, Ekonomichni Novyny, and Channel 5. The last website only shows the message with an offer to help the editors occasionally as an advertising banner at the bottom of the web page.

The final parts of IMI's annual survey findings for 2022 will focus on disclosing the details on online media owners and editorial policies.