ZIK TV claimed about pressure on its journalist at Sheremet trial 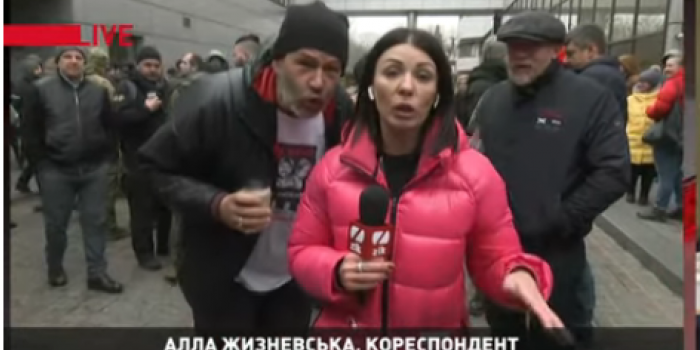 ZIK TV reports that on December 24, supporters of Yulia Kuzmenko, paediatrician suspected фы person involved in the murder of Pavel Sheremet, put pressure on the journalist Alla Zhiznevska working for ZIK TV channel, as ZIK reported on its website.

The incident occurred during the direct broadcast from the hearing at the Court of Appeal in Kyiv.

ZIK reported that some people tried to shout into the microphone obscenities about the channel and insulted the authorities.

“I want to point out that the“ support group ”has an aggressive attitude toward three news channels - ZIK, NewsOne and“ 112 Ukraine ”, - as correspondent Alla Zhiznevskaya told

As IMI reported, on December 24, the police initiated criminal proceedings after the incident occurred in the Kyiv Court of Appeal on December 24 involving journalists for Shariy.net and Stran.ua.