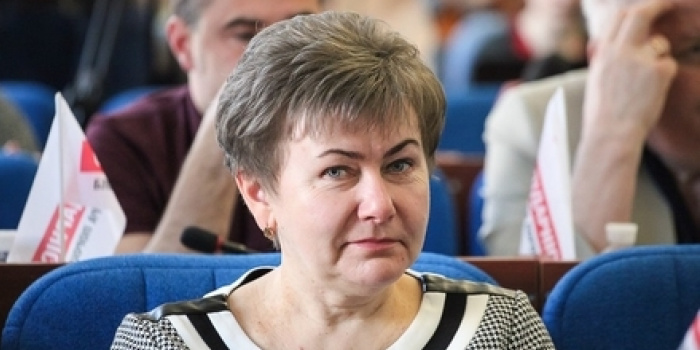 The editorial office of the Zhytomyr newspaper “20 Minutes” is sued by the Zhytomyr City Council deputy from Petro Poroshenko’s Block Larysa Zhigadlo. She demanded to refute the information and to restitute 5 thousand UAH (around $211,7) of moral damages, as IMI correspondent told it.

The claim was due to an article saying that in quality of the head of condominium the “Molochnyk she would have received a non-repayable aid in amount of 200 thousand UAH (around $8 472) from the company “UPG”.

The second page of the claim which the functionary had sent to the editorial board was missing. In compliance with the Article 177 of the Code of Civil Procedure of Ukraine, the claimant had to join copies of all documents attached to the claim to the statement of case.

“Since the editorial board was not able to fully learn the requirements of the plaintiff, the judge had to take as grounds the Article 185 of the Civil Procedure Code of Ukraine, finding that the claim was filed without complying with the requirements set out by the Articles 175 and 177 of the same of the Code, to issue a decision that the claim’s consideration had to be deferred,”- the editor-in-chief of the newspaper“ 20 Minutes ”Olga Sidletska. said

Nevertheless, on December 4, the judge of the Zhytomyr district court of Zhytomyr region Inna Zubchuk decided to institute the proceedings.

“There are no grounds for deferring consideration of the claim, its return, denial to open the proceedings,” the text of the ruling read.