Zelenskyy confirms that Nevzorov has applied for citizenship 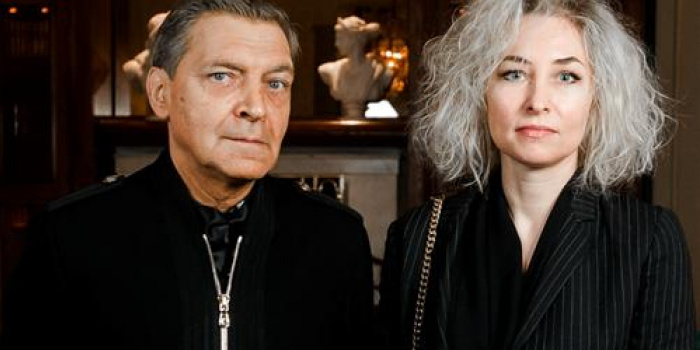 He announced this on June 6 during a conversation with journalists, according to Suspilnе.

"I know that he (Nevzorov – Ed.) wanted to give up russian citizenship, because he supports Ukraine. We talked about it, he is on the lists," said the President.

According to him, Ukraine should make efforts to destabilize the situation in russia.

"If we can shake russia, we must do it. I believe that people of any citizenship who stand for Ukraine are also our weapons," Zelensky stressed.

At the same time, the president did not explain whether Nevzorov received Ukrainian citizenship.

Alexander Nevzorov is a 63-year-old russian blogger and journalist who has been opposing the war and supporting the Ukrainian Armed Forces since the start of the russian attack on Ukraine.

In 1993-2007, he was a deputy of the russian State Duma. He worked for the ORT TV channel, which in the 1990s was controlled by oligarch Boris Berezovsky. In the 2012 russian presidential election, Nevzorov was Putin's person of trust.

In 2015, after the annexation of Crimea and the hostilities in the Donbas, Nevzorov declared that "he had no nationality." In recent years, he has been best known as a blogger and guest speaker for the russian opposition media. He also runs his own YouTube channel, which sharply criticizes the russian government and army, and ends most of his broadcasts with the words "Glory to Ukraine."

Back in April, the russian Ministry of Justice added Alexander Nevzorov to the register of "foreign agents" mass media. russian authorities have opened a case against the russian journalist under the article on spreading "fakes" against the russian military. The penalty is a fine of 700 thousand rubles or imprisonment for a term of 3 to 15 years.

The reason was that Nevzorov had posted information about the russian shelling of a maternity hospital in Mariupol on his social media.

russia's Interior Ministry later declared the journalist wanted during his stay in Israel.

In addition, the journalist has noted that the Azov Regiment is "wonderful people who have nothing to do with Nazism."

As IMI reported, on June 3, it became known that the President of Ukraine Volodymyr Zelenskyy granted Ukrainian citizenship to russian journalist Alexander Nevzorov and his wife Lydia Nevzorova.