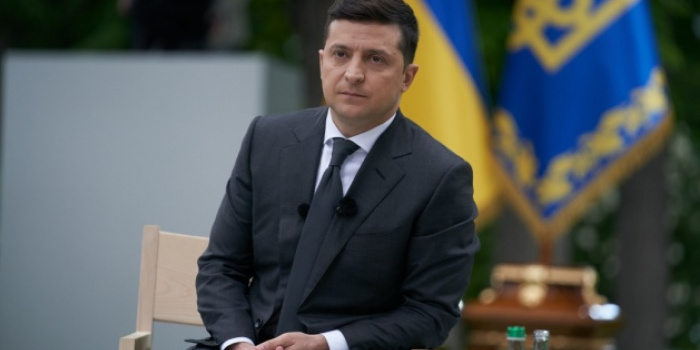 Ukrainian President Volodymyr Zelensky said that the deoligarchisation bill which is to be issued next week, in particular, would weaken the oligarchs' influence on mass media. The head of state said it at a press conference on May 20.

A special register of oligarchs will be launched in Ukraine, the head of state said.

"I think this bill will appear next week. There will be no influence on mass media, politics, officials. But if there is, then these people will appear in a special register. Then this business will lose part of its assets abroad, the price of these assets will be reduced not due to sanctions of Ukraine, but due to the appearance in the law of the concept of "oligarch", - said Zelensky.

At the same time, the president refused to name 13 oligarchs who were included in this category by the National Security and Defense Council.

As IMI reported, on May 11, Secretary of the National Security and Defense Council Oleksiy Danilov said that 13 people in Ukraine today could be classified as oligarchs.

On May 14, President of Ukraine Volodymyr Zelenskyi wrote in a column for “Focus”  magazine that the number of oligarchs in Ukraine had decreased, as Viktor Medvedchuk, a MP from the OPFL, had dropped out of the list.

On May 13, the Pechersk District Court of Kyiv ruled to take Viktor Medvedchuk was placed under 24-hour house arrest until July 9.

On May 11, Prosecutor General Iryna Venediktova  signed  suspicions of treason and attempted embezzlement of national resources in Crimea by MPs Viktor Medvedchuk and Taras Kozak.