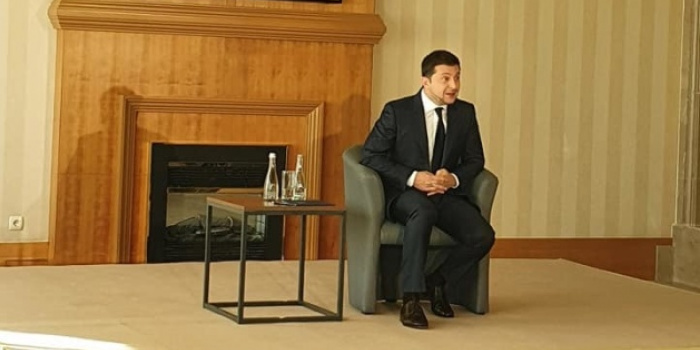 "Generally speaking, it seems oddly that the state television faces some pressure from the state. MPs refused (to come –n/tr)? I gues it's a hype. What has this to do with us ? We haven’t agreed nothing. Especially for Suspilne. MPs are free people, they decide to go or not,” he said.

As IMI reported, on October 19, Myroslava Barchuk, the host of the talk show "Countdown" (Zvorotniy Vidlik) on the UA: Pershiy TV channel, stated that the staff of the President's Office was making pressure on the program.. According to the presenter, subordinates to the head of the Office of President Andriy Yermak accused the talk show of not meeting professional standards (lack of the balance of opinions in the program aired on October 18) and set their conditions for the presence of deputies from the "Servant of the People" in the studio.