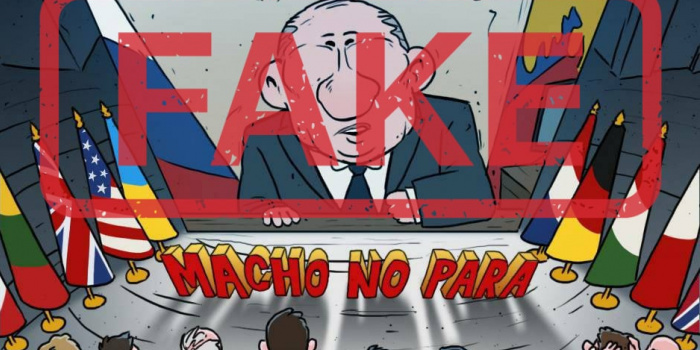 Representatives of Zaporizhzhia oblast's occupation authorities shared a fake caricature of Russian President Vladimir Putin and the leaders of Western countries as the cover of the Spanish magazine El Jueves on their Telegram channels. This was established by the "Perevireno. Zaporizhzhia" project, which is engaged in refuting fakes and disinformation in Zaporizhzhia oblast.

The satirical magazine's cover is a caricature in which Putin is called "macho" while other heads of states participating in the UN General Assembly and the President of Ukraine are depicted in a humiliating, frightened manner. As "Perevireno. Zaporizhzhia" notes, the magazine had no issue with such a cartoon, and the cover is fake. 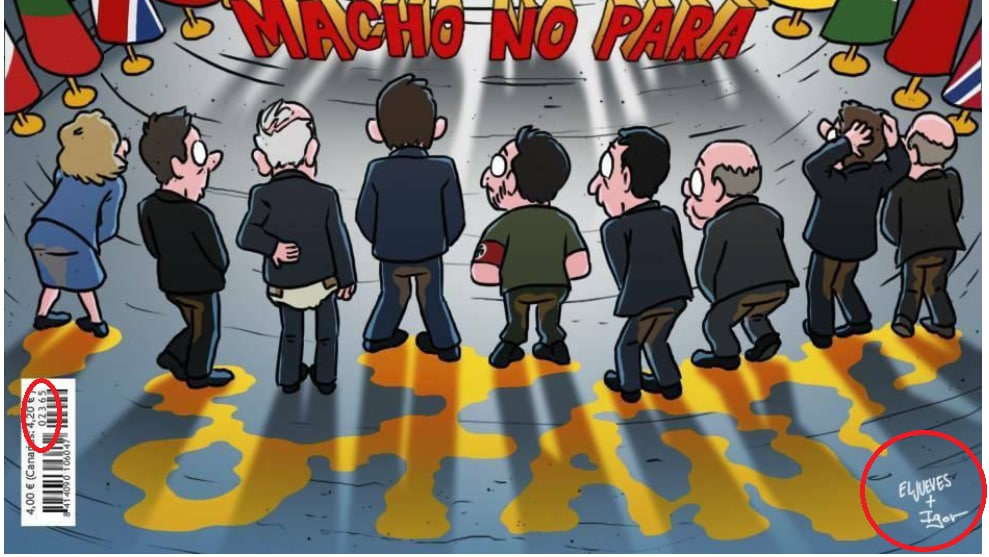 On September 24, Vladimir Rogov, a representative of the occupation authorities of Zaporizhzhia oblast who calls himself a "member of the main council" of the fake body, posted the "cover" of the new Spanish satirical magazine El Jueves on his Telegram with the caption "Macho no para."

Several pro-Kremlin Russian publications published similar news about this caricature and the politicians who were scared of Putin. PolitRossiya was the one to publish the news first. All other media either link to it or don't credit it at all, captioning the illustration as “El Jueves” at most, without a direct link to the magazine's website.

In fact, the famous Spanish weekly El Jueves published no magazine with such a cover. The magazine is published every Wednesday, and in September there were issues for the 7th, 14th and 21st. The next issue should be released on September 28.

On the magazine's official website you can see the cover of the last issue No. 2.365, where the caricature draws upon the introduction of new energy taxes in the country, using them as the theme for the caricature. The author of this issue's caricature is Igor Fernández. 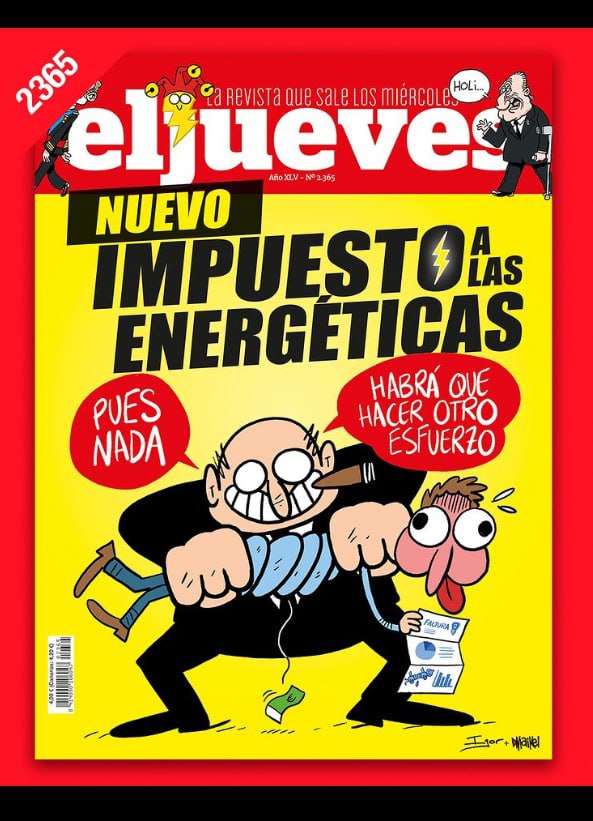 If you look at the author's signature on the fake cover, the caricature is signed by ElJueves + Igor. There is no such work on Igor Fernández's Instagram page. Moreover, on the propagandists' cover, the cover says it is the issue No. 2.366, which has not yet been published, is the bar code, which always repeats the issue's number, the says it is No. 2.365, which coincides with the last original number.

This is not the first time that the propaganda uses fake cartoons by well-known satirical magazines to reinforce Kremlin narratives. Earlier, propagandists have shown fake covers of the French Charlie Hebdo with cartoons about Ukraine and Putin.