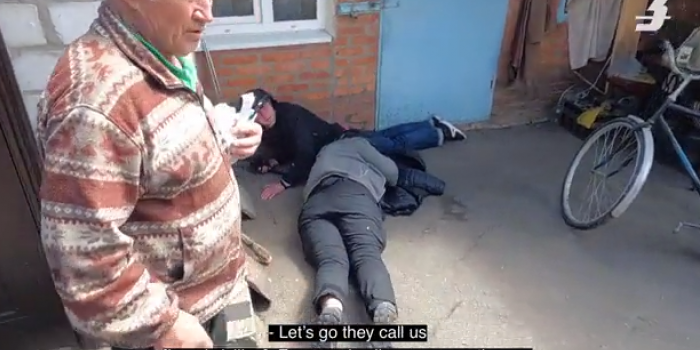 Journalists of the online publication "Zaborona" came under russian fire in Kharkiv region. No one was injured, the newspaper reported on their Telegram channel.

The shelling began during a video interview with a villager.

The publication also posted a video of the shelling.

The filming crew of "1+1" TV channel's TSN came under russian cluster bombing in the town of Maryinka in Donetsk region while filming a report.