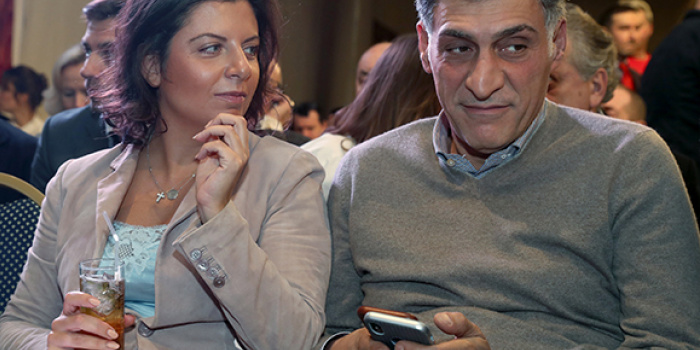 "Tigran's YouTube channel has been banned. Of course, with no explanation of the reasons, as is their custom in the 'community.' And he is only happy," Simonyan wrote, adding a link to Keosayan's video on Rutube, where he talks about "why the channel being shut down is a good thing."

The media outlet reminds that on April 24, Keosayan's YouTube channel posted a video where he speaks negatively about Kazakhstan, whose authorities had refused to hold a May 9 parade this year. In the video, he warns that the same thing that happened to Ukraine can happen to Kazakhstan, and states that, in his opinion, the russian "people in carge" should "review the level of relations."

The Ministry of Foreign Affairs of Kazakhstan announced a ban on Keosayan's entry into the country.

Tigran Keosayan has been included in the sanctions lists of the EU, the United Kingdom, and Canada. Canadian authorities called him and other sanctioned individuals "state-sponsored agents of disinformation and propaganda."

As reported by IMI, the National Agency for the Prevention of Corruption named russian propagandists who have not been sanctioned by some foreign jurisdictions yet. Namely, these are Margarita Simonyan, Tigran Keosayan, Olga Skabeeva, Vladimir Solovyov, and Artem Sheinin.

Tigran Keosayan has not been sanctioned by the USA, Canada, Japan, and New Zealand.