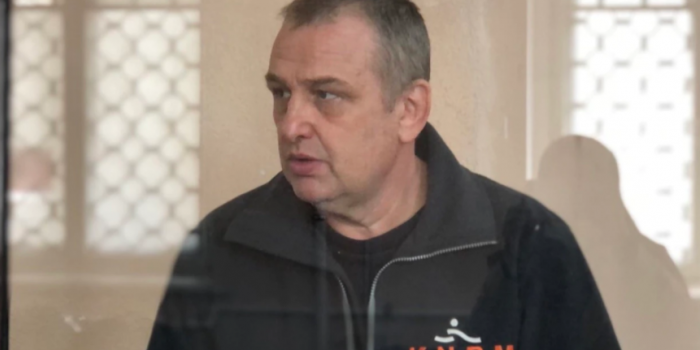 This was announced by the public defender of the political prisoner, Metropolitan archbishop of Simferopol and Crimea of ​​the Orthodox Church of Ukraine Kliment on February 21 at a briefing in Kyiv, as Ukrinform reported.

"Vladyslav Yesypenko's health has been exhausted - both psychologically and physically. He needs medical and psychological help, "the metropolitan archbishop said.

He noted that during the first meeting with Yesypenko in the Simferopol pre-trial detention center on September 20, 2021, he drew attention to his psychological condition. "I did not see a living person, he was, in fact, a cabbage that could not speak, think or do. So he was smashed, intimidated. Thank God, the opportunity to talk to him led to the fact that in court Vladyslav began to take action and tell everything that really happened, and not what was written in the case files of the criminal case, "he said.

According to Kliment, Vladyslav returned to journalism (as far as possible in such conditions): he began to write and interview political prisoners.

The metropolitan noted that the political prisoner will be transferred, the terms and route of which even Yesypenko’s lawyers will not know. According to him, from the day the journalist was detained on March 10, when he would have been released, and then he allegedly came to the FSB public reception, communication with him was completely cut off, no one could call him.

According to the public defender, the witnesses in the "case" were constantly confused and contradicted each other. And when lawyer Dmytro Dinze managed to conduct an investigative experiment to find out whether an object resembling an explosive device was in the box in front of the car, it became clear that this "object" did not fit in the box of the car.

"Three investigators who took part in the operational activities could not clearly explain this situation," said Kliment.

As IMI reported, on February 16 the Simferopol district court controlled by Russia sentenced Vladyslav Yesypenko to six years in a penal colony.