What about the children! Watchyour lip! Or what about sexism in the media over the past 12 months? 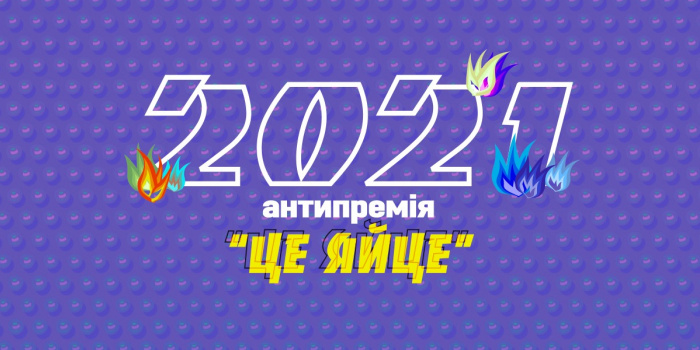 In 2021, sexism has not diminished in politics and media, etc. So, this will be the third edition of the Anti-Award “This is an Egg!” in Ukraine. The initiators of the Anti-Award will tell about the winners and the reasons at a press conference to be held on December 7 at 1.30 p.m. in Ukrinform news agency.

Anti-award "This is an Egg!" awarded by media NGOs as a non-profit initiative since 2019 and launched by the NGO "Women in Media", the Campaign Against Sexism in Media and Politics "Respect", NGO "Institute of Mass Information", Zmina Human Rights Center, NGO " Detector Media ", NGO " Ukrainian Helsinki Human Rights Union.

Speaker (s) of the event:

The moderator of the event was Iryna Virtosu, journalist, ZMINA Human Rights Center.

This year, 41 applications were submitted for the anti-award, of which the organizing committee formed a short list of candidates.

The nomination *“Sexist story”, the story or report with some sexist phrases that was broadcast or made public on TV, in printed press, online media, or on the radio:

*Special Anti-Award :”Preacher of the Year” for a publicly made evaluative judgement in the media or in social network on woman and her social role included reports in the media about the negligent upbringing of children by mothers, accusations and embarrassment of women that she is "not real enough ":

The official hashtag of the # цеяйце anti-award. The page is available on Facebook .