Vyshinsky not to attend court sittings, due to hospitalization 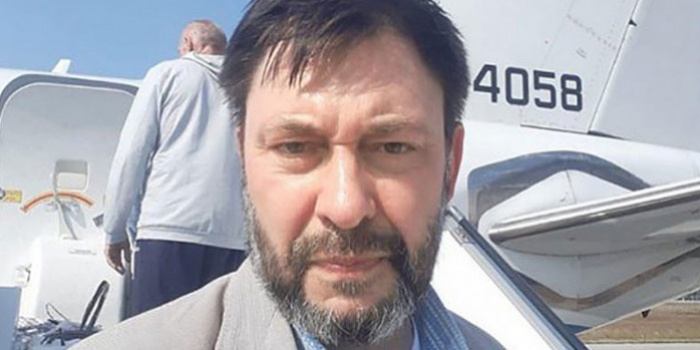 Kirill Vyshynsky, editor-in-chief of RIA Novosti Ukraine, will not attend court sitting  because he will be hospitalized. He told it RIA Novosti, as theBabel informed.

Vyshinsky is unlikely to be able to personally attend the court hearing on September 16, he said, as he needed an in-depth medical examination after a one year and a half he spent in the Ukrainian pre-trial detention center. Vyshinsky's lawyer Andriy Domanskiy informed that he had filed a respective motion to the judge.

On August 28, the Kiev Court of Appeals released RIA Novosti Ukraine's editor-in-chief, Kirill Vyshynsky, a suspect of high treason, on own recognizance.

Prosecutor General Prosecutor Larysa Sarhan informed that the release of Kirill Vyshynsky was held in the framework of agreements on the mutual transfer of detained persons between the Russian Federation and Ukraine in "35 for 35" formula.

The Crimean Prosecutor's Office reported that the procedural status of Kirill Vyshynsky, in criminal proceedings investigated by Ukrainian prosecutors remains unchanged - he is suspected of treason.