Sentsov and Sushchenko returned to Ukraine 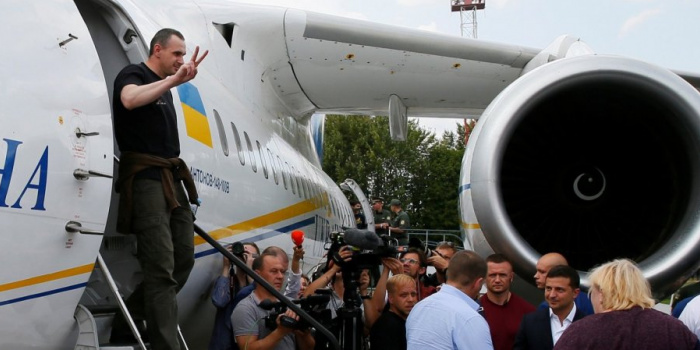 On September 7, Ukraine exchanged prisoners with Russia in 35-35 format The Human Rights, as Center for Human Rights ZMINA reported.

At the briefing, President Volodymyr Zelensky stated that both parties had fully delivered on their commitments.

According to the Verkhovna Rada Commissioner for Human Rights Lyudmila Denisova, there were 110 Ukrainian political prisoners on the list from the Ukrainian side. At the same time, the SBU reported on 227 Ukrainians held by militants of illegal armed groups of Donetsk and Luhansk regions.

The Kremlin prisoners were met by their relatives, friends and journalists at the Boryspil airport. The politicians, including the head of state Zelensky, were also present there.

The prisoners were taken to Feofaniya Hospital in Kyiv.

There is no complete and positive list of persons whom Ukraine has transferred to Russia. The spokesman of Russian president Dmitry Peskov said that Ukraine had set free Kirill Vyshinsky, editor of RIA Novosti. He did not reveal other names, promising to list them later.

Oleg Sentsov thanked everyone involved in the release, but stressed that the fight was still on.

“We are happy to be on our native land. I want to say thank you to all the people who fought for us, sought our release and achieved it. I hope that the other prisoners will be released. But even after the release of the last prisoner, our struggle does not end. The victory is still very far, ” the Ukrainian film director said.

The released journalist for the Ukrinform news agency Roman Sushchenko said that the most he wanted to eat watermelons.

“My feelings are wonderful ,” he said, thanking everyone who helped to organize the return: both Petro Poroshenko, who started the process, and Volodymyr Zelensky, who achieved it.

After being released from Russian custody, Sushchenko is going to return to journalism, Radio Svoboda reported.

"Of course, I did not abandon it anyhow (journalism. - Ed. ). I will return to my native agency Ukrinform," - told Sushchenko to journalists at the Boryspil airport.

He said he wanted to "talk with colleagues, hug his friends, see his father's grave", who died in early March 2018 while Roman was under arrest in Russia.