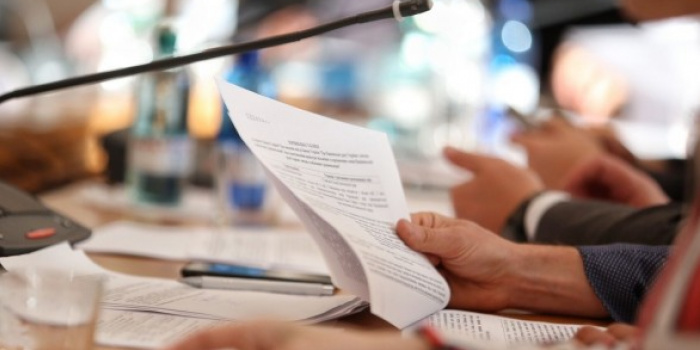 Verkhovna Rada banned the activities of pro-russian parties in Ukraine. At the sitting on May 3, 330 deputies voted for the bill №7172-1.

This was announced by a deputy of the "Holos" party Yaroslav Zheleznyak, writes ZN.ua.

The authors of the bill note that despite political and ideological pluralism, which is a universally recognized value, it cannot be used to undermine the state, excersize and promote collaborationism in favor of an aggressor state, namely russia. At the same time, an important element of informational, psychological, and military aggression against Ukraine was the activity of collaborating forces within Ukraine, including pro-russian political forces and parties that openly or covertly coordinate their activities with representatives of the russian federation.

Thus, Article 5 "Restrictions on the formation and operation of political parties" of the Law "On Political Parties of Ukraine" has been supplemented by clauses on the possibility of restricting organizations that justify or recognize as legitimate the military aggression against Ukraine, namely by calling the events of the Donbas war since 2014 an "internal conflict" and denying the occupation of certain territories of the state.

Political forces that justify the actions or inaction of persons who have carried out or are carrying out armed aggression against Ukraine are also prohibited.

Other amendments state that political parties may not enter into agreements that place a political party in a subordinate or dependent position with respect to any other foreign organization.

If the court bans a political party, then its property, funds, and other assets, as well as its regional, city, and district organizations, primary units, and other structural entities will be transferred to state ownership.

It will be recalled that on March 20, it became known that the National Security and Defense Council of Ukraine suspended all activities of a number of political parties during martial law. The list includes "Opposition Platform – For Life," "Shariy Party," "Nashi," "Opposition Bloc," "Left Opposition," "Union of Left Forces," "Derzhava," "Progressive Socialist Party of Ukraine," "Socialist Party of Ukraine," "Socialists," "Volodymyr Saldo Bloc."