Until November 23rd, nomination for anti-award for sexism "This is the egg!" 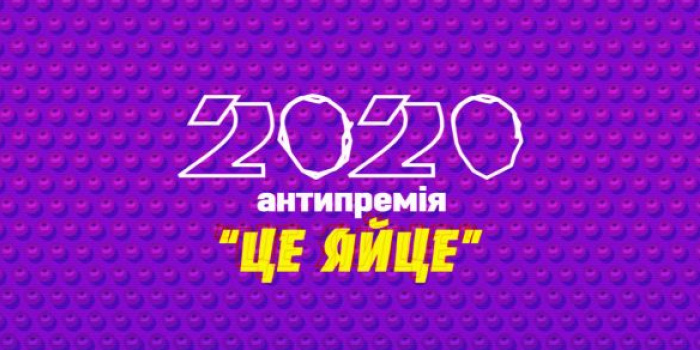 Until November 23, nominations for "This is the Egg!" anti-award for sexism in mass media continue.

The Organizing Committee accepts for consideration phrases and stories in Ukrainian mass media, which were published within the period from November 23, 2019 to November 23, 2020.

*“Sexist story”, the story or report with some sexist phrases that was broadcast or made public on TV, in printed press, online media, or on the radio.

Any natural or legal person can nominate candidates for the anti-award, except for public authorities, local governments and political parties. Anonymous applications are not considered. The number of nominations from one person is unlimited.

To nominate the candidates for the award, please, fill in the form by November 23, 2020.

All applications will be considered by the formed committee and a short and long list of nominees for the anti-award will be published. Decoration "This is the Egg!" will be presented during an online press conference on the eve of International Human Rights Day.

It will be recalled that the anti-award "This is the Egg!" has been founded in 2019 by NGOs “Women in Mass Media”, “Institute of Mass Information”, ZMINA Human Rights Center, “Detector Media”, “Campaign against Sexism in Mass Media and Politics “Respect”, Ukrainian Helsinki Human Rights Union. In 2020, the project "Elections without sexism" joined the initiative.

On December 9, 2019, the winners of the anti- award "This is the Egg!" were announced : President of Ukraine Volodymyr Zelensky, Gender Commissioner of Zaporizhzhya Regional Council Vladyslav Marchenko, MP Maksym Buzhansky, former President of the Cycling Federation Oleksandr Bashenko, “112 Ukraina” channel and “Segodnya” website.

This year, the awarding is held in a new context, local elections reality. Unfortunately, Ukraine did not pass the "elections without sexism" test in this year's local elections. About 50 cases of male chauvinism targeting female candidates were recorded through the chatbot of the #electionWithoutsexism project. Thus, it can be concluded that women, along with the election campaign, fought against gender stereotypes and discrimination.

So the anti-award "This is the Egg!" designed to draw attention for the second time to sexist phrases and publications. This year's award will not miss the sexist media coverage of the election campaigns of women candidates and the sexist statements of their opponents.

The official hashtag of the anti-award is #цеяйце (this is the egg).

This year's anti-award "This is the Egg!" is supported by a project of the National Democratic Institute.