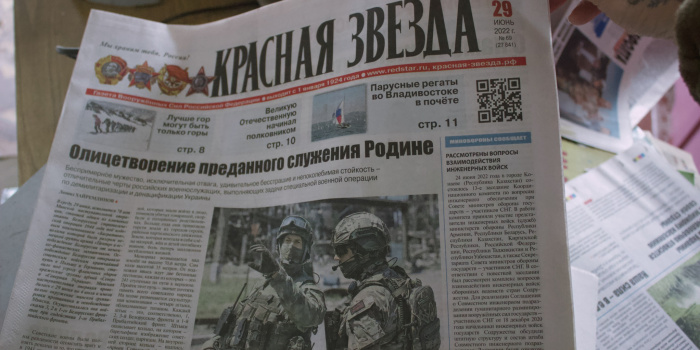 Fleeing Kharkiv oblast, Russian soldiers left behind not only their weapons and military equipment, but also their belongings and their propaganda newspaper.

The issue is dated June this year. The article on the main page begins with the words: "Unprecedented courage, exceptional bravery, amazing fearlessness and unwavering resilience are the distinguishing features of the Russian soldiers carrying out the special military operation..."

We remind you that the same propaganda newspaper has been found by representatives of the International Association of Fortification Research "Citadel" at the positions abandoned by the russians in Kyiv oblast.

Moreover, letters allegedly written by russian citizens in support of their army's actions in Ukraine have been found at abandoned enemy positions.