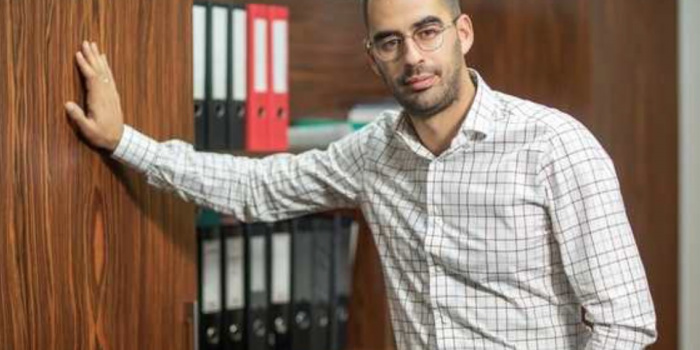 The Ukrainian Pravda online edition made public a video with Oleksander Trukhin, MP the Servant of the People faction,trying to suborn police officers after an accident involving him on August 23, 2021, as Detektor Media reported.

UP found police officer Serhiy Petryk, who was the first to arrive at the scene. He confirmed that the video was from his badge camera.

In the video, one can hear police saying they were afraid that Trukhin might leave the scene of the road accident, and also discussed that several persons involved in the road accident, including the People's Deputy, had signs of alcohol intoxication: "everyone is hoary-eyed."

Trukhin told police that he was in a hurry to attend a solemn event in the Verkhovna Rada, and said: “I will leave quietly. I'm going there. " He was told that he would not go anywhere because eye-witnesses said that he was at the wheel. Trukhin said that he was not a driver, to which he replied that the investigation team would find it out.

"We'll meet later, and I'll thank you," Trukhin tried to negotiate with police. He replied, "We won’t meet."

"I am up, OK? Take these stupid fucks, and I'll go,” the MP insisted and at the same time the policeman tried to persuade him to stand still.

Then Trukhin offered to resolve it with the Interior Minister Denis Monastyrsky and agree with the victims that they would have no claims. The policeman said: “If Monastyrsky called me personally, I were happy. I can't, I'm criminally liable for that. "

After that, Trukhin climbed over the road safety barrier and went into the woods. The police followed him. The MP asked to leave again and told to bring him a bag from the trunk, which, according to him, contains 150 thousand. The police refused to take money. Then the MP tried to leave a place of road accident with the acquaintance to whom called ambulance. According to Trukhin, his friend was almost fine, but he was drunk.

Then the MP again offered a bribe to the policeman: "Bring me a bag from the trunk… There are 150 thousand… I will ship you 150 just in case, just as a bonus." The policeman reminded that the people's deputy's words were recorded on camera, Trukhin said: "Here are 150, for candies, chocolates, cookies, everything." He also said he was not doing anything illegal.

After the publication of the UP investigation, the head of the Servant of the People faction, David Arahamiya , claimed that Oleksander Trukhin had no place in either the faction or the party.

"We were expecting the official and convincing results of the investigation  of the road accident, where we saw Oleksander Trukhin at the scene. But footage from police badge cams reveal more than he can say justifying himslef. Me and my colleagues, we are ashamed of Oleksander Trukhin's behavior, ”Arahamiya said.

He said, Trukhin "should leave immediately (the faction, the party. - Ed. ) on their own will, but even if he does not, such a decision will still be made by us."

"On other issues, Oleksander Trukhin should cooperate with the investigation in order to provide answers to questions about the road accident and everything that happened after it, not to us, but to the public," Arahamiya said.

We will remind, road accident involving Trukhin's car happened on August 23 at 3:45 p.m. on the Borispol route near Kyiv. According to media reports, Trukhin, driving an Audi, did not keep a safe distance and drove into a Ford car at high speed, which, in turn, rammed through a Daewoo car. According to eye-witnesses, Trukhin had signs of alcohol intoxication, but there is no official confirmation.

As IMI reported, more than 30 Ukrainian media took down the news about road accident involving the MP from "Servant of the people" Oleksander Trukhin. A number of media outlets began receiving letters in the mail proposing to remove the story on the incident on a "commercial basis." Sites would be offered at least $ 200 for taking down the news about Trukhin..

The editorial offices of the Pryamiy channel and the Glavkom online edition explained why they took down the news about the road accident involving Oleksander Trukhin, a People's Deputy from the People's Servan, as a result of which six people got injured.

On September 1, 2021, Oleksander Trukhin, MP from the Servants of the People, claimed that he never thought to hide his presence at the scene of the road accident, he assisted the National Police in gathering information during the registration of the accident and provided all the evidence.

On September 7, 2021, Oleksander Trukhin said that neither he nor his aides had never made pressure to make the media to take down the news about the accident involving him and called on journalists to probe into the allegations.